Will Smith Seen in India for First Time Since Oscars Attack, to Meet with Spiritual Leader Who Teaches ‘Methods for Self-Transformation’ 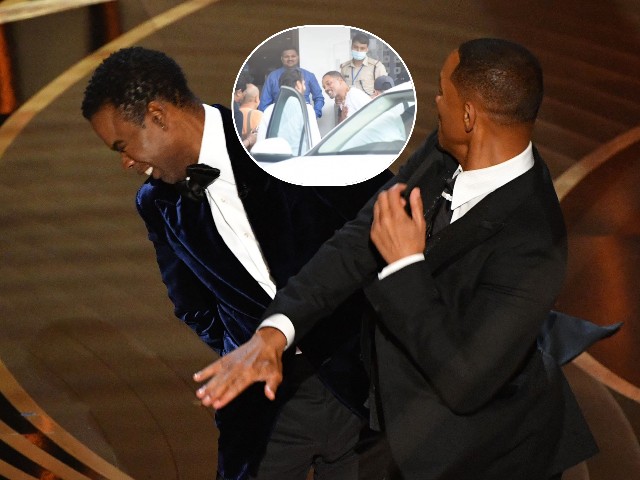 Actor Will Smith was seen for first time since this year’s Academy Awards, where he slapped comedian Chris Rock for making a joke at the expense of his wife, Jada Pinkett Smith. The actor was seen landing in Mumbai, India, where he is reportedly meeting spiritual leader Sadhguru, who teaches “powerful methods for self-transformation.”

The Bad Boys for Life star was all smiles has he took photos with fans after landing in Mumbai on Saturday, according to a report by Daily Mail.

While staff helped Smith unload his belongings from his vehicle, nearby fans excitedly shouted, “Will, Will, Will Smith!” and gathered around to take photos with him.

The actor is reportedly in India to meet with spiritual leader Sadhguru, who Smith and his family met with in 2020 in Los Angeles, California.

This is the first time Smith was spotted in public since his onstage meltdown at the Oscars on March 27, when the actor smacked Rock across the face for making a joke at the expense of his wife.

After the attack, Will Smith retook his seat in the audience, where he shouted, “Keep my wife’s name out of your fucking mouth” at a stunned Chris Rock.

While the Academy Awards condemned his actions, Smith was nonetheless free to later collect his Oscar for Best Actor, which he won for his performance as Venus and Serena Williams’ father Richard Williams in King Richard.

The actor was later seen dancing the night away at a Vanity Fair after party, where he told the Hollywood Reporter, “It’s been a beautiful night.”

WATCH: Will Smith, along with his wife Jada Pinkett Smith, dances to his own tunes at the Vanity Fair #Oscars After-party.

Five days later, Smith resigned from the Motion Picture Academy, saying in a statement that his “actions at the 94th Academy Awards presentation were shocking, painful, and inexcusable.”

A week after that, the Academy of Motion Picture Arts and Sciences’ 54-person board of governors banned Smith from attending the Academy Awards or any Academy events for 10 years.