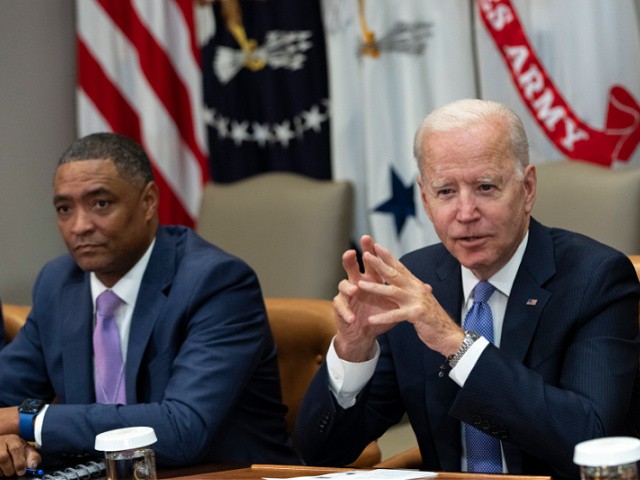 Cedric Richmond, the director of the White House office of public engagement, plans to exit the building, according to reports on Monday.

The reports appeared after Richmond spent part of the weekend in Delaware with Biden and golfed with the president on Sunday.

White House press secretary Jen Psaki described Richmond as a “vital essential adviser” to the president, but did not confirm or deny the reports.

“I have nothing to announce at this point,” said Psaki, but teased that when she did, Richmond would have a “new important role.”

Richmond is one of Biden’s close connections with the black community and faith communities, as well as with Democrat members of Congress.

News: @CedricRichmond is expected to leave the White House next month, making him one of first close Biden advisers to leave. He’ll enter the private sector but also likely be a consultant to @DNC, which has not forged close ties to the White House

Richmond is one of the most senior advisers to exit the White House to date.

Senior advisor Anita Dunn left in July but has already made plans to return to assist with messaging, according to reports

SCOOP: Anita Dunn is returning to the White House in a senior role@iansams is going to WH counsel’s office to do oversight comms

More details on planning underway for changes ahead of midterms and expected GOP investigationshttps://t.co/QIG5J51oE5

White House press secretary Jen Psaki is expected to leave soon, as she has already lined up a media job with MSNBC.