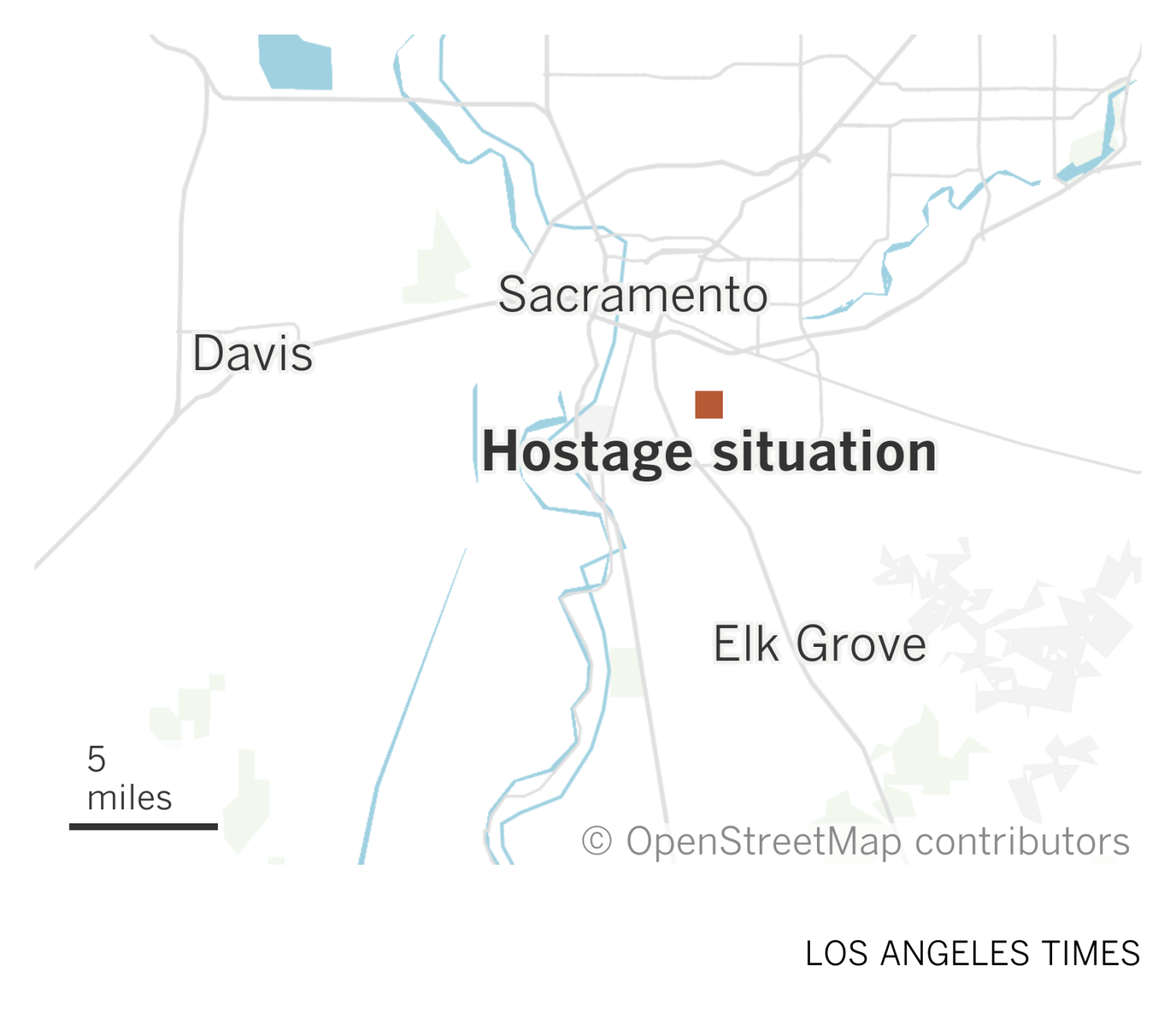 A police standoff with an armed suspect holding another person hostage in Sacramento stretched from Monday morning late into the nighttime hours, authorities said.

According to a tweet by the Sacramento Police Department at 11:17 a.m., officers were in the area of 58th Street and Fruitridge Road trying to make contact with a person who may have fired a gun.

The last police update — that the perimeter was still active and negotiators were working to resolve the standoff — came at 7:20 p.m.

The scene remained active late into Monday night, according to KOVR-TV Channel 13.

A woman told the station that a man was being held hostage by one of her relatives and that she was asked to bring alcohol and cigarettes to the scene by the suspect.

“Family members said there were about eight people, including a small child, in the home when an argument began this morning,” the station reported. “Everyone left with only the suspect and the hostage being the only two people remaining in the home.”

A Sacramento Police Department representative could not be reached for an update Monday night.

Further information was not available.