AFP — Lebanese rescue teams searched the Mediterranean for survivors Monday after an overloaded people-smuggling boat capsized while under pursuit by naval forces, with dozens unaccounted for still missing at sea.

At least seven people died as a result of the disaster, which occurred late Saturday and ignited widespread rage just three weeks before May 15 parliamentary elections.

The body of a woman was retrieved from the water on Monday morning, bringing to seven the number of confirmed deaths in Lebanon’s worst such disaster in years.

“The body of a woman from the Al-Nimr family was recovered today from the Tripoli beach,” the director general of Tripoli Port Ahmed Tamer told AFP, adding that rescue efforts were ongoing.

The Lebanese army said on Sunday that 48 people had been rescued, but it was not immediately clear exactly how many would-be asylum seekers were crammed onto the boat when it set sail. 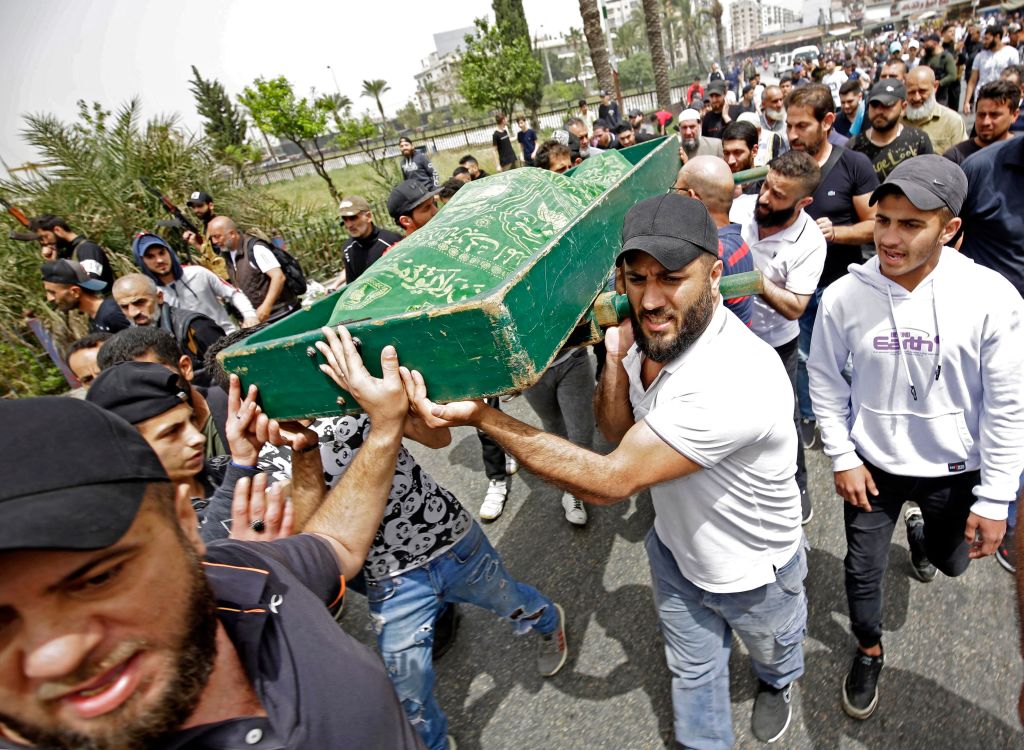 Mourners carry a body, killed after a boat loaded with migrants capsized near the coast of the northern city of Tripoli, during a funeral in the northern Lebanese city on April 25, 2022. – Lebanon searched for survivors after rescuing 45 people and retrieving the corpse of a child from a capsized boat in the eastern Mediterranean loaded with dozens of migrants. (Photo by IBRAHIM CHALHOUB/AFP via Getty Images)

The United Nations refugee agency (UNHCR) said the boat was carrying at least 84 people when it capsized, about three nautical miles off the coast of Tripoli.

According to UNHCR figures, that means potentially some 30 people are still unaccounted for.

The passengers included Syrian and Palestinian refugees but most were Lebanese, the army said.

The circumstances that led the small overloaded craft to sink were not entirely clear, with some survivors claiming the navy rammed into their boat, and officials insisting the smuggler attempted reckless escape manoeuvres.

Lebanon was once a transit point for asylum seekers from elsewhere in the region who were hoping to reach the shores of European Union member Cyprus by sea, an island 175 kilometres (110 miles) away.

However, an unprecedented economic crisis that has caused hyper-inflation and plunged millions into poverty is driving growing numbers of Lebanese to attempt the perilous crossing.

The UN says more than 1,500 would-be asylum seekers tried to leave Lebanon illegally by sea since the start of 2021.

“Lebanon’s economic crisis has triggered one of the largest waves of migration in the country’s history,” said Mathieu Luciano, Lebanon head of the International Organization for Migration.