Reflections of the L.A. uprising: Scars left behind 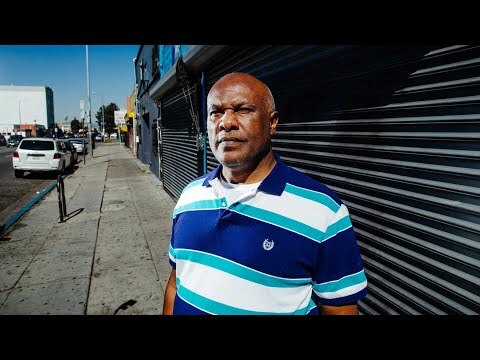 Cornelius Pettus, former owner of Payless Market, was working the night when fires erupted all over Los Angeles. Little did he know that the fire would also come to his doorstep. Hours into the night, the shop next door, Ace Glass, was set ablaze. Pettus and others in the community stayed up all night to stop the fire from spreading. Today, Ace Glass no longer stands; it is now an empty storage lot.

The corner of 57th Street and Western Avenue, where Ace Glass stood, is not the only scar left behind because of the uprising. Today, many vacant lots lie all around South Los Angeles as a direct result of the 1992 riots.

These scars were not only physical. The destruction and fires were also followed by loss of livelihood, loss of business and income — all within a few hours. The events of 1992 had lasting emotional effects. Many services became unavailable in the area because they were burned down; people had to go outside the community because shops were reduced to ashes.

There have been talks of restoration and revitalization of the empty lots over the years, but to date, nothing has come to fruition. There have been multiple reasons. Some people have chosen not to come back because of the stigma of what happened 30 years ago. Pettus claimed that most banks require some kind of structure on a piece of land to give out money to purchase a vacant lot. Most banks do not loan out money on empty land.

“I don’t know how to fix this dilemma that’s been going on for 30 years, and from the looks of it I don’t see anything in the near future to correct it,” Pettus said.

“My heart went out to the people who not only lost their building but also their livelihood. So many people lost so many things; not just money but their personal items — their clothes, their cars. Everything possibly they owned.”

Pettus and many others carry with them the scars that have not faded since the night that left Los Angeles burning. Today, Pettus hopes that someone recognizes the potential in South L.A. and provides the goods and services that the community needs.

Using the Snapchat app, load our augmented reality lens to step into a portal to the past and hear about the Ace Glass fire.