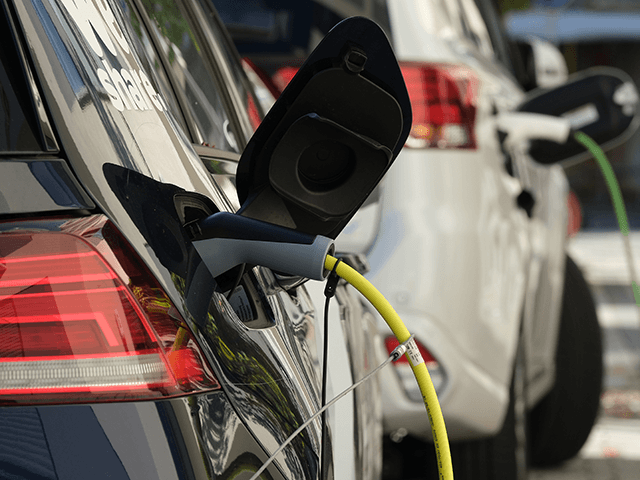 Joe Biden and other Green New Deal advocates continue to push for electric vehicles but without the necessary domestic supply of batteries.

For now, the United States is dependent on the Chinese Communist Party for the necessary critical minerals and other elements needed to build them.

The two most essential and expensive components of lithium-ion batteries, cathodes and anodes, are almost exclusively produced in China.

According to Axios, the U.S. is behind Europe and China in its battery capabilities:

Demand for batteries will skyrocket over the coming decades. If the U.S. wants to control its own energy destiny, it’ll need a secure, resilient supply chain for critical minerals and other components.

“If we don’t do this, if we don’t as a country invest in our supply chain, it will go to the lowest-cost country, which is China,” says Michael O’Kronley, CEO of Ascend Elements, a battery recycling company.

President Biden wants half of all vehicles sold in the U.S. to be electric by 2030. But the U.S. has only about 5% of the manufacturing capacity needed to hit that target, Jigar Shah, head of the Energy Department’s Loan Programs Office, told Reuters.

The article notes that the race to electric vehicles is also taking place in other countries, driving up prices for some of the necessary components, including nickel and lithium.

Joe Biden told an audience at a small drive-in rally in Cleveland, Ohio, on Monday that he would build electric vehicles — the same promise he made, and broke, during the Obama administration. https://t.co/P8ohzrbdnE

“If the U.S. does not connect every link in the supply chain from mine to battery cell, then its EV ambitions could fall apart,” Moores said.