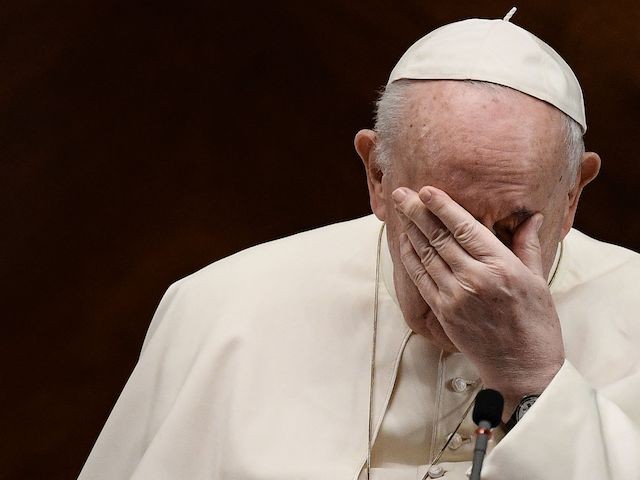 ROME — Pope Francis wiped his agenda clean Tuesday, including an important meeting with his Council of Cardinals, because of knee pain, the Vatican announced.

In a pithy memorandum, the Holy See Press Office said the pope had suspended his activities “on medical advice,” adding a new session of the Council of Cardinals would be scheduled soon.

Francis alluded to the problem Monday in a meeting with participants in a conference of “Trinitarian International Solidarity,” where he apologized to those present for remaining seated as he greeted them.

“After the photo I will greet you, but excuse me, as I have to do so seated, not standing, because of my knee,” he told them.

“It is that condition that used to be called ‘nun’s disease,’ because it was the time when the nuns prayed, and they spent so much time praying on their knees that they suffered from this!” he added. “It will heal, but in the meantime, we need to do things in the right way.”

In late February, the 85-year-old pontiff canceled a daytrip to Florence as well as the celebration of Ash Wednesday Mass due to “acute knee pain.” A February 25 Vatican statement said that the pope’s doctor “has prescribed a period of greater rest for the leg.”

Last Friday, the pope also cleared his schedule for a series of medical checks on his right knee, the results of which have not been released. Strained ligaments in the knee have made it increasingly difficult and painful for Francis to walk, stand, and rise from his chair.