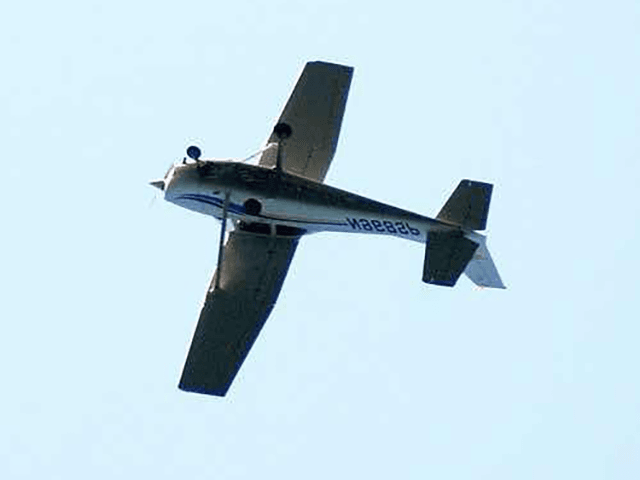 Red Bull’s stunt with two pilots trying to skydive into the other’s plane midair is now facing a federal investigation.

The news came after the stunt did not go as planned over Arizona on Sunday, Today reported Monday.

Pilot Andy Farrington and his cousin, Luke Aikins, were piloting Cessna prop planes during the first mid-air “plane swap” as it was being livestreamed on Hulu.

However, one aircraft fell into a flat spin once the pilots skydived.

Hulu’s advertisement of the event told viewers to be ready to “watch history be made,” along with video footage of the planes in the sky pointing downward:

Farrington deployed his parachute while Aikins made it to Farrington’s plane and got into the pilot’s seat. The plane that lost control deployed a tail chute, eventually drifting back to the earth and the pilots reached the ground safely.

More video footage showed the recent stunt, the technology involved, and the pilots discussing what happened:

“We’ve done 200 hours of flight tests. We’ve never once had anything even remotely… they just go down,” one of them said.

Meanwhile, the Federal Aviation Administration (FAA) said it had not sanctioned the stunt and opened an investigation, the Today report noted, adding NBC’s Kerry Sanders said they asked Red Bull beforehand if it needed approval from the agency.

“The Red Bull Air Force maintains a close working relationship with the FAA for all aircraft and aviation feats,” Red Bull replied, but the FAA told the outlet it had denied the company’s request for “an exemption from federal regulations that cover the safe operation of an aircraft.”

The FAA’s website said its mission was to offer the safest and most efficient aerospace system in the world.

Red Bull said it was looking into the issue concerning the FAA.

“We are investigating how — despite our careful planning — this occurred,” a company spokesperson said.