Parents of girl stuffed in duffel sentenced in her death 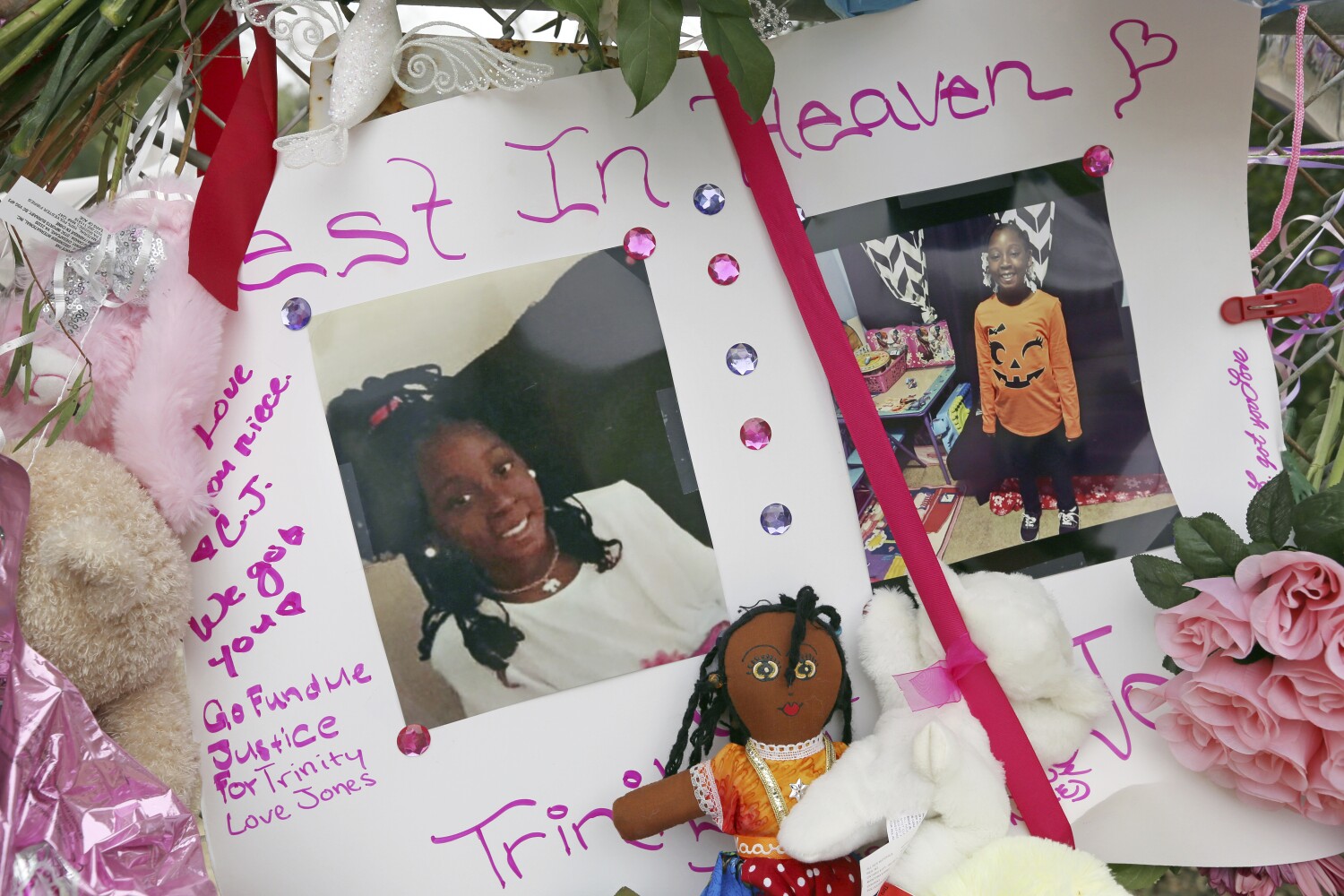 Three years after Trinity Love Jones’ body was found in a duffel bag along a hiking trail in Hacienda Heights, her mother and her boyfriend have been sentenced to prison in the girl’s death.

Trinity was 9 years old in March 2019 when she was killed and her body was dumped along an equestrian trail in Hacienda Heights near the Pomona Freeway. The girl’s frail 55-pound body was scarred from head to toe, and a medical examiner’s report detailed she was beaten, starved and had an infection on her feet that made it hard for her to wear shoes.

For days, investigators circulated a sketch of the mystery girl, whose unidentified body haunted the region.

Her mother, Taquesta Graham, and her boyfriend, Emiel Hunt, ultimately were arrested and charged with Trinity’s death.

County workers found Trinity’s body in a nondescript duffle bag on March 5, 2019. The Los Angeles County Sheriff’s Department released a sketch of the girl and the pink T-shirt she was found in that read “Future Princess Hero.”

Two weeks before her death, Trinity fell and hit her head, L.A. County Sheriff’s Det. Marc Boisvert testified in court. There was a large lump on her forehead, and her left and right eyes had begun to swell, Graham told investigators. The girl became lethargic and started to slur her words, but the mother did not take her daughter to the hospital. She told investigators she was afraid she would get in trouble.

Trinity woke up congested on Feb. 28, and her mother gave her soup, a bagel and Pedialyte. Graham said it looked like Trinity had a seizure, but the mother went to work later that afternoon as the girl slept in the back seat of the couple’s SUV. Hunt and Trinity waited in the parking lot outside the store where Graham worked.

By 9:30 that night, the three returned to their hotel, and Hunt carried Trinity into their room. Graham told investigators later that it looked like Trinity wasn’t breathing that night and she thought Hunt had placed a pillow over he face while they were in the SUV.

Hunt told investigators after he and Graham noticed the girl was not breathing, he explained to Graham that they “didn’t do anything wrong,” according to Boisvert’s testimony. Graham said Hunt convinced her not to call 911.

About 30 minutes later, video from cameras at a Walmart shows, Hunt purchased two shovels, a throw blanket and a lighter.

At 11:36 a.m., Hunt and Graham were spotted at a discount store purchasing a rollaway duffel bag that was identical to the one the girl was found in, Aguilera said.

Aguilera also testified that tracking data showed that Graham, who wore an ankle monitor because she was on parole, was in the area where her daughter was discovered.

Court records show Hunt was convicted of felony child abuse in San Diego County in 2005 and sentenced to 12 years in state prison. Graham has a prior conviction for involvement with a minor in prostitution.

Graham was arrested three days after Trinity’s body was found on an unrelated warrant at a Border Patrol checkpoint in Texas. Hunt was arrested a day later, after he was found sleeping in his car near San Diego International Airport.