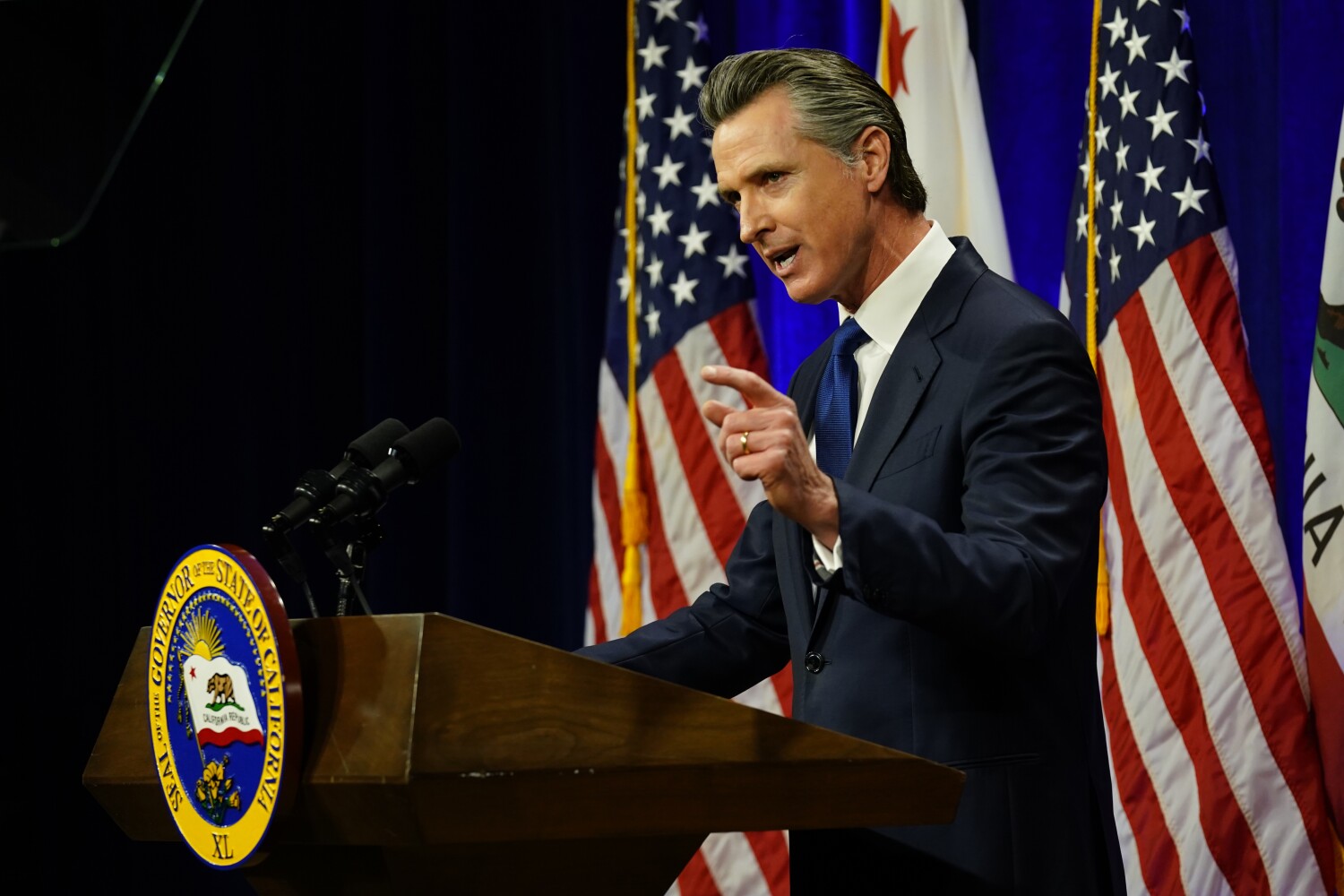 Battle lines have emerged in the debate over Gov. Gavin Newsom’s far-reaching and controversial effort to provide court-ordered treatment for homeless individuals with severe mental illness, with Democrats and local government officials divided as the plan faces its first public hearing Tuesday.

After Newsom introduced his proposed Community Assistance, Recovery and Empowerment Court in March as a tool to connect an estimated 7,000 to 12,000 people to housing and behavioral health treatment, mayors of some of California’s most populous cities quickly endorsed the so-called CARE Court plan, along with a handful of organizations that represent families with loved ones living on the streets.

But leaders of certain homeless, civil and disability rights groups raised significant concerns about the possibility of forced treatment and the plan’s lack of housing available to shelter all those in need. County leaders raised questions about the eventual cost and the lack of a workforce to provide intensive services.

Those concerns will probably be raised Tuesday when the Senate Judiciary Committee is scheduled to hear Senate Bill 1338. The measure is one of two nearly identical bills introduced this month to establish Newsom’s historic plan, but the only one moving forward after the Assembly version was scuttled days before its own hearing.

Assembly Member Richard Bloom (D-Santa Monica) said he voluntarily pulled Assembly Bill 2830 “at the request of the administration” amid disagreement over which amendments should be included to quell opposition from powerful advocacy groups.

“I parked the bill voluntarily in order to allow more time to discuss issues of concern and find common ground that is of maximum benefit to those we are wanting to help,” Bloom said in a statement. “I felt it was best to create a little more breathing room for discussions and intend to stay fully engaged.”

In a scathing April 12 opposition letter, the American Civil Liberties Union, California Action, Disability Rights California and the Western Center on Law and Poverty, among others, blasted the CARE Court plan as a forced treatment model that would strip participants of their personal freedoms while doing little to help them find housing. They said Newsom’s effort would exacerbate racial disparities in the justice system and that it’s both constitutionally and morally dubious.

“But none of those fundamental concerns or even the operational questions have been addressed, months after we were told there was going to be a plan,” said Kevin Baker, director of governmental relations for the ACLU. “There still isn’t anything resembling a real effort here, it seems to me.”

Anthony York, Newsom’s senior communications advisor, said the administration is open to and expects changes, but that the governor won’t support amendments that would “water down the legislation to the point where it becomes ineffective.”

Ahead of its first public hearing, Newsom on Monday convened a coalition of first responders, health professionals and business groups in Sacramento to rally support for his proposal, which he wants to sign into law by July 1.

Graham Knaus, executive director for the California State Assn. of Counties, said CARE Court could be a promising strategy in the state’s fight to end homelessness, if only there were enough qualified workers and a fully funded behavioral health system. The association isn’t formally opposed to SB 1338, Knaus said, but there remain significant questions over the proposal’s chances of success and defining the different roles of counties and cities in that process.

“CARE Court is potentially a game-changing innovation and what we know is that, no matter how profound or game-changing something may be, it’s not free and the details matter,” he said.

No cost estimate has been placed on Newsom’s plan, but the governor wants to spend $14 billion on solutions to homelessness over the next several years. That includes $1.5 billion to add thousands of new housing units that would also connect people to treatment services.

Proponents have argued that California can’t afford to wait any longer to roll out CARE Court, as thousands of the state’s most vulnerable residents languish and die on streets and in encampments.

“These people are deathly sick and ill. They are vulnerable. They are not making a choice to be homeless. They can’t make that choice for themselves,” San Diego Mayor Todd Gloria said Monday during a news conference on homelessness in Sacramento. “We’ve decided that somehow it’s OK if they tell us, ‘No,’ to leave them on the sidewalk. [That’s] unacceptable, has to change.”

CARE Court could provide relief for families who’ve watched their loved ones cycling in and out of jails and back out onto the streets, said Jessica Cruz, executive director of the California chapter of the National Alliance on Mental Illness. Cruz said she collected more than 200 letters from family members in support of SB 1338 before Tuesday’s hearing.

“We’ve been fighting to get some sort of this type of treatment for those who are in the most severe need for years,” Cruz said.

But serious policy questions remain. Newsom has focused CARE Court on those suffering from psychotic disorders, such as schizophrenia, and people who lack medical decision-making capacity. The new system would let family members, first responders and behavioral health providers petition a civil judge to initiate a CARE plan that could last for up to two years. The assistance plan would provide a public defender and a personal advocate, a “supporter,” to help guide participants through the process.

A recent 41-page legislative analysis said it could be beneficial to modify SB 1338 to address concerns over who would qualify. The document also acknowledged worries that California currently lacks behavioral health workers, especially in the Central Valley and Inland Empire, and that the bill deviates from past efforts to install new mental health initiatives through pilot programs, not massive statewide efforts.

“The level of interest in and opposition to these measures make clear that they must be carefully drafted and considered, taking into account concerns of all stakeholders,” Assembly Judiciary Committee Chairman Mark Stone (D-Scotts Valley) said in a statement last week.

Stone could prove one of the obstacles to passing SB 1338 out of the Assembly, where the measure will move if it passes the Senate — where early support has been more unanimous.

“There are still challenges that need to be addressed with the bill,” said Senate Judiciary Committee Chairman Tom Umberg (D-Orange), whose committee will hear the bill Tuesday. “But the vision of the bill is something I agree with wholeheartedly.”