Kristen Dunst is currently somewhat of a sartorial chameleon. In recent weeks she’s dazzled at film festivals in an array of Salavtore Ferragamo, Chanel and Armani Privé designs, straight off the runway. Behind closed doors, however, the actor admits to employing more of an ‘anything goes’ style mantra. ‘After you have a baby you just live in a robe for three months,’ she jokes. ‘I still don’t fit in my jeans yet. There’s not really a go-to look at the moment.’

Five months after giving birth to her second child, today the 39-year-old joins ELLE UK via Zoom from her hotel bed (or her ‘downtime’ place, as she calls it) in London after a whistle stop tour of Europe. Dressed in an oversized lemon-hued Rodarte T-shirt and with her hair messily tied up into a top knot, Dunst oozes WFH comfort, which is a far cry from the feeling you’re left with after watching her latest film.

This month the New Jersey native stars in the highly-anticipated western drama The Power of The Dog, written and directed by award-winning filmmaker Jane Campion and based on the 1967 novel of the same name.

The film sees Dunst play Rose, a widow who falls in love with Montana rancher George Burbank (Jesse Plemons), but soon finds herself tormented by his menacing bully of a brother, Phil Burbank (Benedict Cumberbatch). From slowly whistling a tune she’s terrified to play on the piano, to relentlessly mocking her son Peter (Kodi Smit-McPhee), the fear and intimidation Rose suffers as a result of Phil’s subtle gaslighting is grossly palpable. 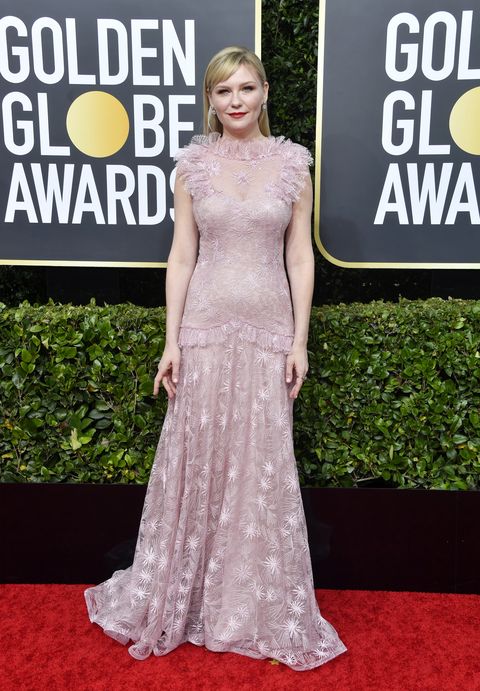 ‘Rose has to live in a very painful and insecure place,’ Dunst tells us, noting that there were times she’d refuse to talk to her co-stars and crew in order to tap into her character’s isolation and insecurity. In order to draw out the pure terror Cumberbatch’s character instils in hers, the pair avoided each other on set. ‘On an unconscious level that was really good for both of us,’ she says. ‘I really had to create my own kind of demons.’

While her character may be stripped of all that grounds her on the ranch, Dunst notes that it’s her partner Plemons, her friends and family – ‘the real things in life’ – who help her feel at ease. The couple, who share sons Ennis Howard and James Robert and live on their own 1930s ranch in the San Fernando Valley, met on the set of the hit US TV series Fargo in 2015 when they played married high school sweethearts, Peggy and Ed.

‘He’s my favourite actor to work with,’ she gushes about her Power of The Dog co-star and real-life significant other. ‘It’ll be so nice for our kids to see us on a mountain top in this beautiful film together.’

At times, the actor says the pair’s chemistry on set together was so tangible that Campion had to ask them to adopt a heightened level of formality between their characters. ‘I remember one scene I linked arms with him and Jane was like: “Well, that seems a little too familiar.” It was funny because we had to be so formal with each other – it made us laugh.’

Dunst’s decision to work with Palme d’Or-celebrated Campion isn’t entirely surprising. Long before the #TimesUp and #MeToo movements made a dent in Hollywood’s long-worn misogynistic armour, the actor knew all too well the importance of championing female talent. A quick look back at her three-decade long career and the female-led and directed stories in her repertoire are countless. From starring in not one but four Sofia Coppola films (The Virgin Suicides, Marie Antoinette, The Beguiled and The Bling Ring), to working with filmmaker Gillian Armstrong (Little Women) and directing her own films (The Bell Jar, Bast*rd), she says: ‘I’ve always worked with female directors, so for me it’s nothing new, but I’m really happy that they’re being recognised now – like they should be.’

While the Elizabethtown star might be a child of the Eighties, for most millennials her name will forever be synonymous with the Nineties and Noughties, thanks to roles in cult favourites like Jumanji (1995) and Bring It On (2000). Yet as the fashion industry continues to welcome back Y2K nostalgia, from camouflage cargo trousers and low-rise jeans, to baker-boy caps and Matrix-style everything, for the star it’s the feeling of anonymity from the turn of the century she misses most.

‘I like the fact that we weren’t on our phones all the time,’ she says, recalling an incident involving a fan who shamelessly attempted to snap a photo of her on a phone in a hotel spa. ‘Is nothing private anymore? Can nothing be respectful?’ she asks. ‘Everyone wants to show what they’re doing all the time too. It’s just part of our culture and it’s not a great part of our culture.’ 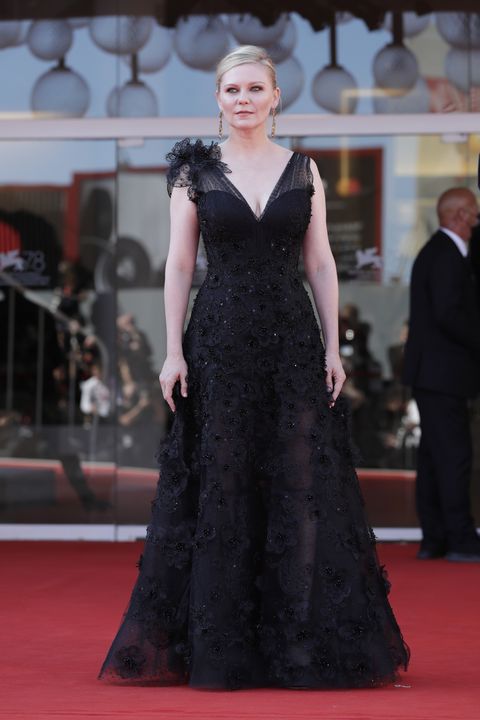 Amid rumours she could be in the running for a Best Supporting Actress Oscar nomination next year, Dunst says she’s content with having navigated Hollywood and being able to sustain a career she can be proud of.

‘With any job, you grow, and you try and get better at your job, so hopefully I’ve done that,’ she says. ‘It’s important to keep being a student of what you do, and try to get better. With my acting it’s always only become more fun for me to do what I do and more freeing.’

The Power of The Dog is out in select cinemas on November 19 and on Netflix from December 1.

This content is created and maintained by a third party, and imported onto this page to help users provide their email addresses. You may be able to find more information about this and similar content at piano.io