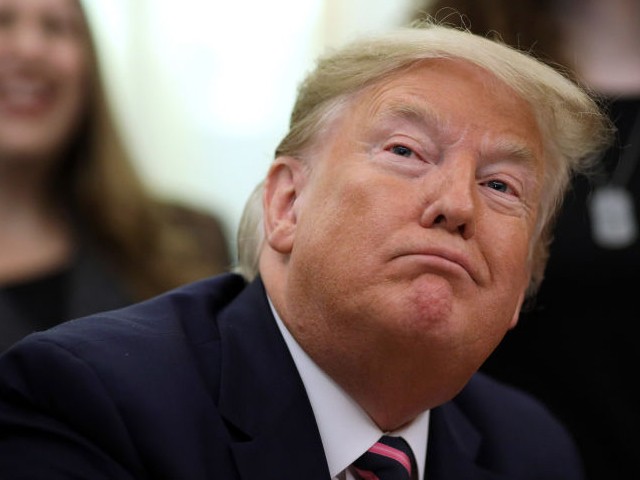 A New York judge announced his decision to hold Donald Trump in contempt of court on Monday after the former president refused to turn over his business records to the state’s attorney general’s office.

Judge Arthur Engoron ruled that the former president was in civil contempt of court and would be fined $10,000 a day until he complied.

The decision from the judge marked a victory for New York Attorney General Letitia James as her office continues to investigate Trump’s business activities.

#BREAKING: In a major victory, a court has ruled in our favor to hold Donald Trump in contempt of court.

Donald Trump must pay $10,000 per day for every day that he continues to defy the court’s order to turn over documents to my office. https://t.co/AFAPPrnce4

“Donald Trump must pay $10,000 per day for every day that he continues to defy the court’s order to turn over documents to my office,” James wrote on social media. “Today, justice prevailed.”

The former president did not immediately react to the court development, but his attorney Alina Habba has said they plan to appeal the decision.

Trump’s lawyer has argued there are no more documents to provide to the attorney general, noting the president does not text, email, or use a work computer.

“There is simply nothing more for him to provide. It was already provided. So your honor, how is President Trump in contempt?” Habba asked, according to CBS News.

James continues to pursue the two-year investigation into Trump’s business, which the former president has described as a continuation of a “witch hunt” carried out by his political enemies.