Mitch McConnell Most Unpopular Senator Among All Voters 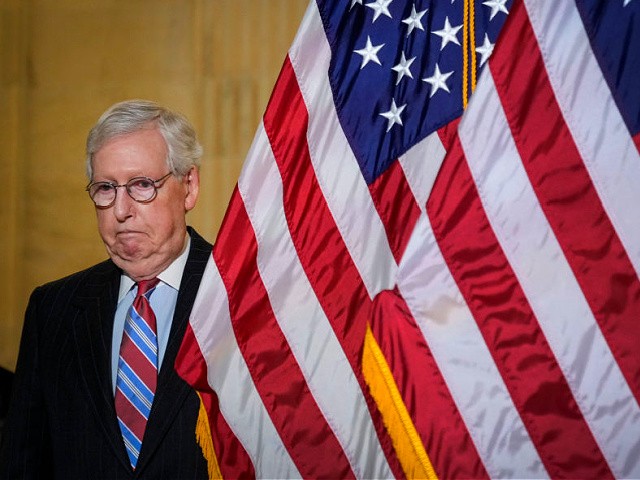 Sen. Mitch McConnell (R-KY) has earned the status of the most unpopular senator, a Monday Morning Consult poll revealed.

On April 7, McConnell was asked by Axios reporter Jonathan Swan about why Republicans “hate” him so much. “Recent polls show your approval ratings are in the 30s among Republicans, not Democrats — Republicans,” Swan prefaced. “Why do they hate you?”

“My job is not to run up political popularity nationally,” McConnell responded. “I’m not running for anything nationally.”

McConnell’s history reflects the swampy politics of the Washington, DC, establishment. According to a report from the New York Times last week, McConnell was grateful to Democrats for launching Donald Trump’s impeachment trial after January 6.

“The Democrats are going to take care of the son of a bitch for us,” McConnell purportedly said. “If this isn’t impeachable, I don’t know what is.”

If McConnell remains leader, he would become the longest-serving Republican Senate leader. McConnell was first elected in 2006 and was reelected eight consecutive times thereafter.

McConnell’s record as Senate leader is shoddy. The national debt has grown by over $20 trillion, illegal immigration has continued, and real wages for American workers have remained stagnant since the 1970s. Obamacare was enacted in 2010. Big banks were bailed out in 2008, and social media companies have silenced individuals without repercussions. Dr. Anthony Fauci has not been held accountable for allegedly lying twice to Congress.

The poll was conducted from January 1 – March 31 among representative samples of registered voters in each state. The margin of error is +/-5 percentage points.