The fear is UEFA is creating a “monster” with changes to the Champions League that will make the elite even richer.

Eintracht Frankfurt CEO Axel Hellman says he is working with other middle-ranking clubs to try to thwart UEFA plans to give two places to teams based on their historic record in Europe over five years if they fail to qualify through their domestic performances.

The safety-net places for two sides based on accumulated UEFA coefficient points are planned in 2024 when the Champions League introduces a new format and expands from 32 to 36 teams.

“If you’re participating in the Champions League, your coefficient gets higher and higher and the shop is more closed,” Hellman said in a video call on Monday. “So I do not believe that should be the right requirement to participate in the European competitions. I would be more open to other leagues and other clubs, and the national qualification is therefore the most important door to be kept open.” Frankfurt is one of the teams marginalized in Germany by the dominance of a Bayern Munich enriched by Champions League revenue and rated highly by past European successes. But Frankfurt is preparing for its second Europa League semifinal in four seasons, against West Ham on Thursday.

Hellman is working to protect the pathway from the smallest national leagues to the top of European football, to ensure the distribution of UEFA prize money and television revenue is better balanced between the competitions, and to make certain financial sustainability is rigorously policed.

Enforcement of the rules is important for Hellman so as to promote balance within European competitions rather than tilting them even more in favor of the powerhouse teams — many of whom tried and failed to split and form a breakaway Super League a year ago.

“The other alternative will be clear if we don’t do this to a certain extent, we build our own monster,” Hellman said. “Champions League clubs will generate more and more, and one day they try to enter Super League because this is their own only possibility to satisfy their capital needs. And that is something we need to avoid.

“That’s the reason why I’m very strong with some other clubs in the initiative to strengthen the interests of the middle class European clubs.”

He includes team like his own, Frankfurt, which has been a regular in European competitions in recent seasons. The team also reached the 1960 European Cup final, losing to a Real Madrid side featuring Ferenc Puskás and Alfredo Di Stéfano in front of around 130,000 fans, and won the forerunner to the Europa League by beating Borussia Mönchengladbach in the 1980 UEFA Cup final. 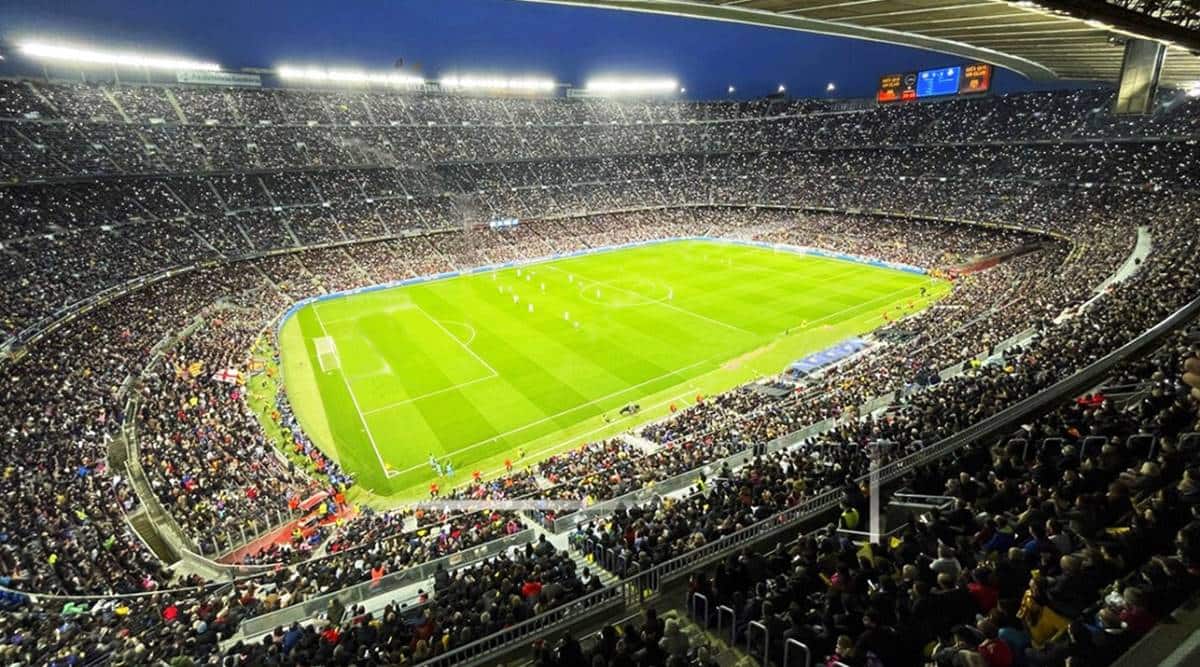 If Frankfurt, which is ninth in the Bundesliga, beats West Ham over two legs and then wins the final of the Europa League it will qualify for the Champions League.

A new-look Champions League group stage from 2024 will see each team playing 10 rather than six games based around a single standings, unless UEFA scales back the expansion.

“I think that the gap between Europa League and Champions League is too big — the spread is too big,” Hellman said. “What I am not in favor of is building up step by step, a closed shop that only generates profit on itself.”

Villarreal has shown this season the benefits of being able to make the jump from the second-tier European competition to the Champions League — by winning the Europa League — with the Spanish club preparing for a semifinal meeting with Liverpool on Wednesday.

“We are just a small club, a middle-class club in Germany, and we are not the voice of all the European clubs,” Hellman said. “But there’s one thing that we could do, at least. We could give the other middle-class clubs a voice and organizing an initiative with some other clubs, and that’s something we are working on.”