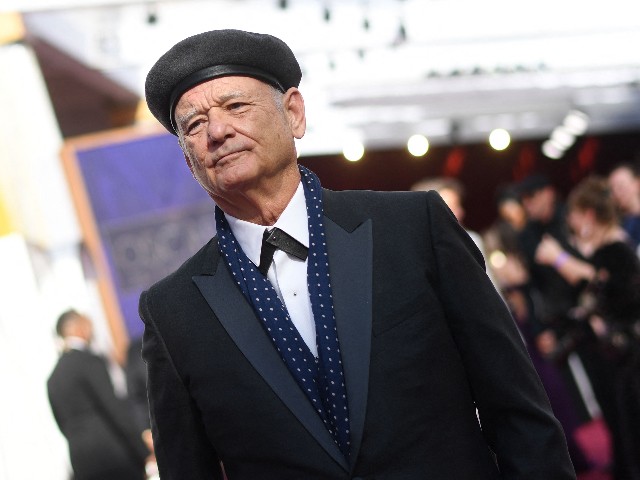 The fascist #MeToo Reign of Terror is only about scalps now, and Bill Murray is next.

The taste of blood after annihilating the career and reputation of 84-year-old Frank Langella over nothing was still fresh when 71-year-old Bill Murray’s number came up late last week.

Last week, we learned that the child groomers over at Disney suspended production on a movie. Naturally, this resulted in a flood of career-destroying headlines about how this movie had been shut down over  Bill Murray’s “inappropriate behavior.”

The film is Being Mortal and was halfway through production. The director and star is Aziz Ansari, a left-wing comedian who, after four years, is just now climbing out of his own hole after being an innocent victim of the #MeToo Reign of Terror.

Here’s what we were told from Deadline, the left-wing outlet that broke the original story:

Following the news that production was suspended on the Searchlight film Being Mortal, sources tell Deadline the suspension had to do with a complaint made against star Bill Murray for inappropriate behavior.

That’s it. That’s all we were told. This news was allowed to leak but without any facts surrounding this alleged behavior. The result? Bill Murray’s name, career, and reputation were allowed to twist in the media wind for 24 hours next to a neon sign that flashed “inappropriate behavior.”

Then it got even more dishonest.

After some details were finally revealed, Murray was hit with a load of headlines about how he got “handsy” with women on the set.

Well, “handsy” comes with a very specific definition, the definition of someone touching someone else in a sexually inappropriate manner.

Except, from what we know so far, the exact opposite is the case with Murray… It wasn’t at all sexual…

A source told Page Six, “He was very hands-on touchy, not in any personal areas, but put an arm around a woman, touched her hair, pulled her ponytail — but always in a comedic way.

So after the details basically exonerated Murray, instead of headlines clearing his name, he’s blasted with career-destroying “handsy” headlines.

Oh, and it gets worse, so much worse…

Because the left-wing blacklisters can never have their hate and malevolence truly satisfied, the media are now resurrecting ancient stories about Murray’s “bad behavior” from two decades ago. The most recent complaint was from 2001 — 21 years ago! If Murray had murdered someone 21 years ago, he’d be out of prison by now. But the McCarthyites are looking to pound him into dust, and when you’re looking to pound someone into dust, there is no statute of limitations.

All of the above comes from the establishment media playbook. It’s Destroying an Innocent Man 101. First, you withhold details under damning headlines. Then you smear using words like “handsy.” Then you rifle through his past, even if the allegation is old enough to drink.

Listen, I’m no Bill Murray fan, and there’s little doubt that, like most comedians, he can be a class-A jerk. Nevertheless, the punishment should fit the crime. But once again, not only are the women on the Being Mortal set made to look like a bunch of weak and helpless babies who lack the strength and confidence to tell someone to knock it off (You’ve sure come a long way, baby) but an entire man is being destroyed over nothing.