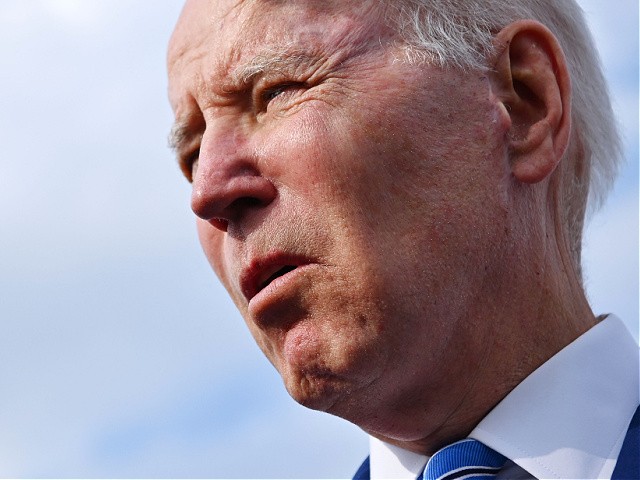 A majority of voters believe President Joe Biden is not fit to be president and doubt his mental ability, a Monday Harris poll revealed.

Fifty-three percent of respondents said they had “doubts” about Biden’s mental ability. Sixty-two percent said Biden is not fit to be president because he is too old.

Though Biden is nearing 80 years old, he plans to run again in 2024. Biden reportedly told Barack Obama he intends to run because he feels he is the only Democrat who can defeat Donald Trump.

Biden’s decision to run in 2024 comes as many videos in the last few weeks have shown the president disoriented and confused. On the Monday after Easter Sunday, Biden had to be guided away from a crowd by an Easter Bunny:

On the same day, First Lady Jill Biden reminded her husband on a hot mic to wave at the crowd after the Easter event:

Last week, a video shows Biden turning around after a speech and not knowing which direction he was to exit the stage. During his speech, Biden had trouble clearly articulating his ideas:

Where ya goin’ there, Big Guy? pic.twitter.com/0xBENtBRnX

“I tried to talk to [French President Emmanuel Macron] last night. We spoke with his staff, but he was at the Eiffel Tower having a good time.” pic.twitter.com/zFVTMuUo3B

Biden was asked in January why he thought the majority of people disagreed with the statement: “Joe Biden is mentally fit”.

“I have no idea,” Biden responded.