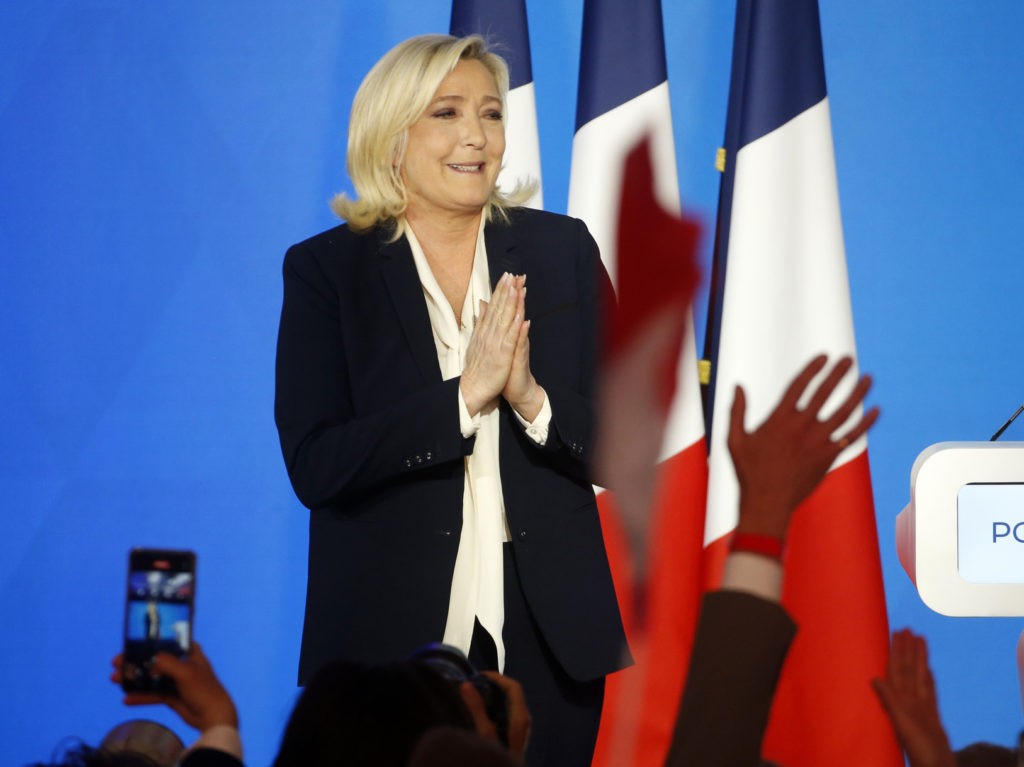 Brexit leader Nigel Farage has given his take on Emmanuel Macron’s victory over Marine Le Pen in the French presidential elections, predicting that the populist challenger is not done yet and the status quo is on borrowed time.

Acknowledging the fact that “Macron is the top dog” in the European Union now, not just because four-term German chancellor Angela Merkel has been replaced by the relatively unheralded Olaf Scholz but also because Germany’s long record of cosying up to Russia has left its reputation in the gutter in the wake of the Ukraine crisis, Farage nevertheless contended that he has not had the “huge victory” the BBC and others have portrayed.

“I have to say, she’s far from finished, and that movement’s far from finished,” he said of Marine Le Pen and her National Rally party, noting that “more than four in ten French adults that voted” backed her, compared to her father taking just 18 per cent of the vote when he reached the second round of the French presidential elections in 2002.

“[T]he youth are completely rejecting the establishment status quo; that’s shown by the numbers that have voted for Le Pen and the numbers that have voted for [Jean-Luc] Melenchon,” he observed, referring to the populist left-wing candidate who took 21.95 per cent of the vote in the first round of the presidential elections — not too far behind finalists Macron and Le Pen, on 27.85 per cent and 23.15 per cent, respectively.

“I think in five years’ time the dam could burst,” Farage said, contrasting Le Pen’s electoral fortunes with the journey of the Brexit-backing UK Independence Party (UKIP) he once led, from fourth place in the 1999 European elections, to third in 2004, second in 2009, and first in 2014 — which was of course followed by the successful Brexit referendum two years later.

The dam could finally burst in France next time around. Marine Le Pen is far from finished. pic.twitter.com/q56lGKT3MV

Farage described the battle between Macron and Le Pen, an ardent eurosceptic who once supported Frexit openly, as very much an extension of the Brexit battle.

“What the election was really about is ‘do you want an EU globalist future, or do you want a French future?’” he said.

“Paris, the big corporates, the big companies, the comfortable middle classes, and don’t forget in France, the pensioners, who get a very, very good deal from the state — they’re ones who wanted no change at all,” he said — a characterisation supported by surveys which indicate that the elderly and well-off voted heavily for Macron, while the working class voted heavily for Le Pen.

In a combative concession speech, Marine Le Pen claimed a moral victory, insisting that “when we look at tonight’s election, we can see that we have nevertheless been victorious.”

In terms of the impact of the French elections on the United Kingdom, the Brexit leader said it was “not a good result for us,” in large part because of Macron’s devotion to the European Union.

Indeed, the EU establishment rushed to congratulate Macron after his re-election, with President of the European Council Charles Michel, for example, hailing his win as a victory for a “more sovereign” European Union.

Still, Farage predicted that “this system, this EU system of Big Government, Big Banks, and Big Business” was “going to break” eventually.

“The French have had enough… we voted against [this system] with Brexit and in the end the French will do the same,” he said, urging listeners to think of the election as “another very significant step towards the Parisian upper classes getting their comeuppance.”