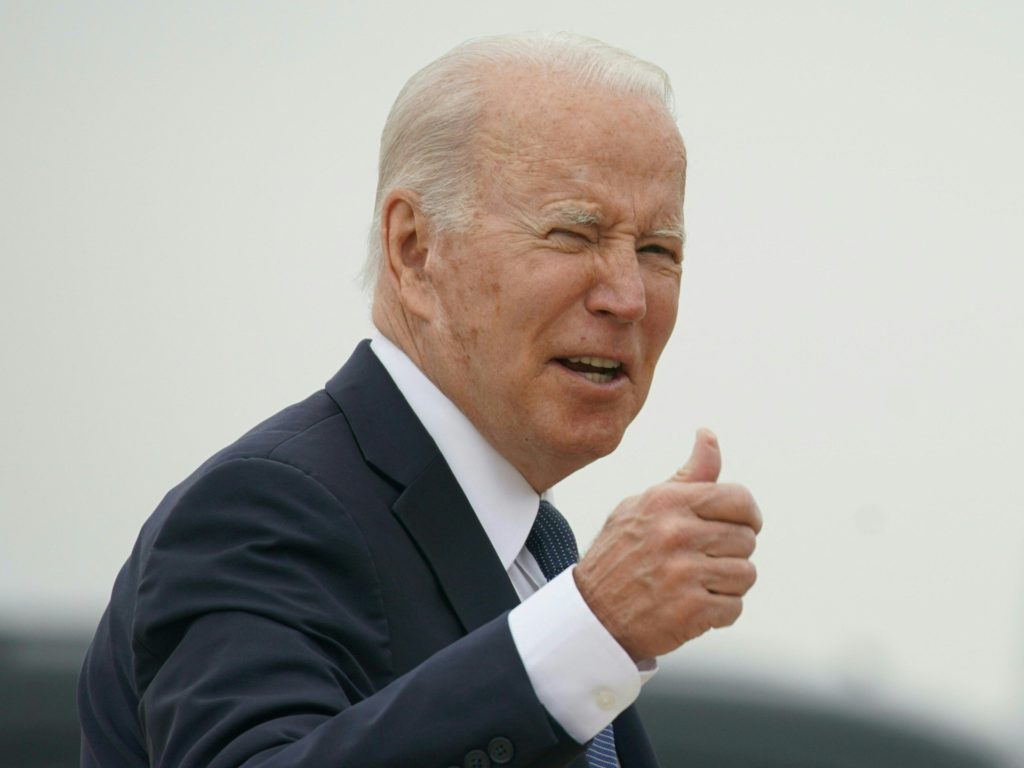 President Joe Biden’s administration is reportedly unprepared to defend the House and Senate from the momentous red wave predicted to sweep the nation in November.

Last week, Biden pivoted from focusing on Russia’s invasion of Ukraine to domestic crises such as 40-year-high inflation and the southern border invasion. Democrat-allied media have warned the president the struggling nation is ripe for Republicans to reclaim both chambers of Congress. Biden’s campaign pollster has indicated the political environment is the worst he has seen in 30 years.

Refocusing on domestic failures, Biden has made several visits to cities throughout the nation to blame his lack of success on Republicans. “But it’s an effort some in the party say is long overdue, and despite Biden’s ramped-up efforts, there is no finalized, comprehensive strategy for the midterms inside the White House,” the Washington Post reported. “There’s no overarching document that outlines the president’s involvement in key races, nor a set message that will carry the party through November.”

Top Republicans are speaking about potentially impeaching Biden if they successfully retake both congressional chambers. https://t.co/mTlGo1BNy0

The lack of planning and coordination with Democrat stakeholders occurs because the White House is “too disorganized” and beset with terrible polling numbers. Biden’s April approval rating is pegged at 33 percent. Congressional Democrats are not faring much better. A generic ballot poll on Thursday showed Democrats trailing Republicans by nine points.

“Democratic strategists say the White House is still moving too slowly and remains too disorganized ahead of the midterms, when many Democrats fear their party will lose control of the House and possibly the Senate,” the Post continued.

While the White House is unprepared to defend congressional Democrats, the Biden administration is preparing for a Republican-controlled Congress. Biden is reportedly readying himself for congressional investigations into his family’s corrupt business.

Most Americans believe Biden has a conflict of interest in Ukraine due to his family’s shady business dealings, a Convention of States Action/Trafalgar Group survey released this week found. https://t.co/K1tmh9NDmF

“The White House has also started to prepare for the potential of an onslaught of congressional investigations should the GOP take control,” according to the Post, “suggesting the administration recognizes the political realities the Democrats face in November, even as officials insist publicly they expect to retain both chambers of Congress.”

Republican lawmakers and staff have discussed analyzing specific messages and financial transactions found on the laptop and have also discussed issuing congressional subpoenas to foreign entities involved in paying Hunter Biden, according to people familiar with the matter who were not authorized to speak publicly and spoke on the condition of anonymity. The conversations have been in the early stages but have included talks of bringing on Republican lawyers and former Justice Department officials to help lead the investigations, the people said.

The White House defending the president’s family business instead of its own party’s midterm election is a bad sign for Democrats.

Politico predicted Republicans will dominate the midterms by reclaiming the House and Senate. Redistricting expert and senior editor of the Cook Political Report, David Wasserman, also believes Republicans will have a huge advantage in midterms based on his experience.