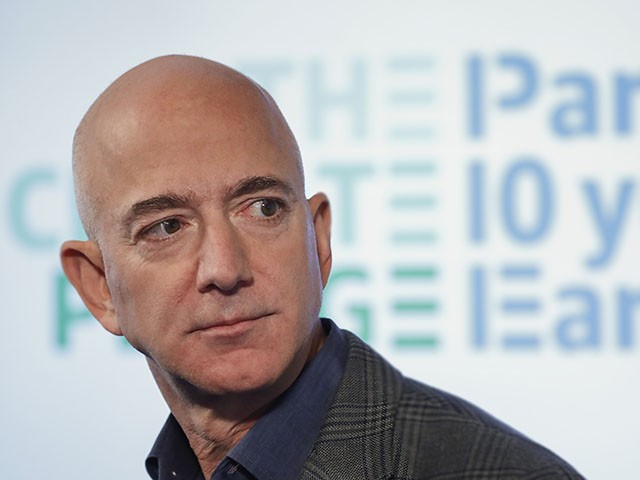 Amazon founder Jeff Bezos has been getting mercilessly trolled on Twitter after he wondered aloud if billionaire Elon Musk’s acquisition of the social media platform could potentially give the Chinese government leverage over free speech.

“Apropos of something: Tesla’s second-biggest market in 2021 was China (after the US). Chinese battery makers are major suppliers for Tesla’s EVs. After 2009, when China banned Twitter, the government there had almost no leverage over the platform. That may have just changed,” tweeted Forsythe.

Bezos said in response, “Interesting question. Did the Chinese government just gain a bit of leverage over the town square?”

Interesting question. Did the Chinese government just gain a bit of leverage over the town square? https://t.co/jTiEnabP6T

While it is certainly no secret that Musk has dangerously set his sights on the Chinese market — Peter Schweizer profiled it in his book Red-Handed while Breitbart News has reported on it multiple times — Jeff Bezos criticizing him for it is probably the most pot-calling-the-kettle-black moment in billionaire history. Not only did his platform, Amazon, censor critical reviews of Chinese leader Xi Jinping’s book, a Foxconn factory in China was using child labor for manufacturing Echo and Kindle devices. As Breitbart News reported:

Over 1,000 students, as young as 16, were drafted from schools, hired by the factory as “interns,” and pressured to work overnight and weekend shifts for meager salaries. Chinese labor laws allow 16-year-olds to work, but not during either night or overtime shifts.

Student laborers said their work had nothing to do with their studies in school, the ostensible reason they were sent to the factories as “interns.” Nevertheless, their teachers told those who complained, also paid by the factory, that their grades and scholarship applications might suffer if they refused to work.

Critics of Bezos did not let the billionaire off the hook for his own rank and file hypocrisy.

I have no sympathy for Elons connections to China which I’ve done entire monologues calling out on my show. But Bezos is obviously just bitter to be upstaged once again

Almost everything on your website is crap from China

Interesting that you ask this question about Twitter but haven’t said a peep about your concerns about Chinese influence over, say, BlackRock (the world’s largest asset manager). Or countless other companies. I wonder why.

After enough criticism and hot takes, Bezos answered his own question and defended Musk.

“My own answer to this question is probably not,” tweeted Bezos. “The more likely outcome in this regard is complexity in China for Tesla, rather than censorship at Twitter.”

“But we’ll see. Musk is extremely good at navigating this kind of complexity,” he added.

But we’ll see. Musk is extremely good at navigating this kind of complexity.