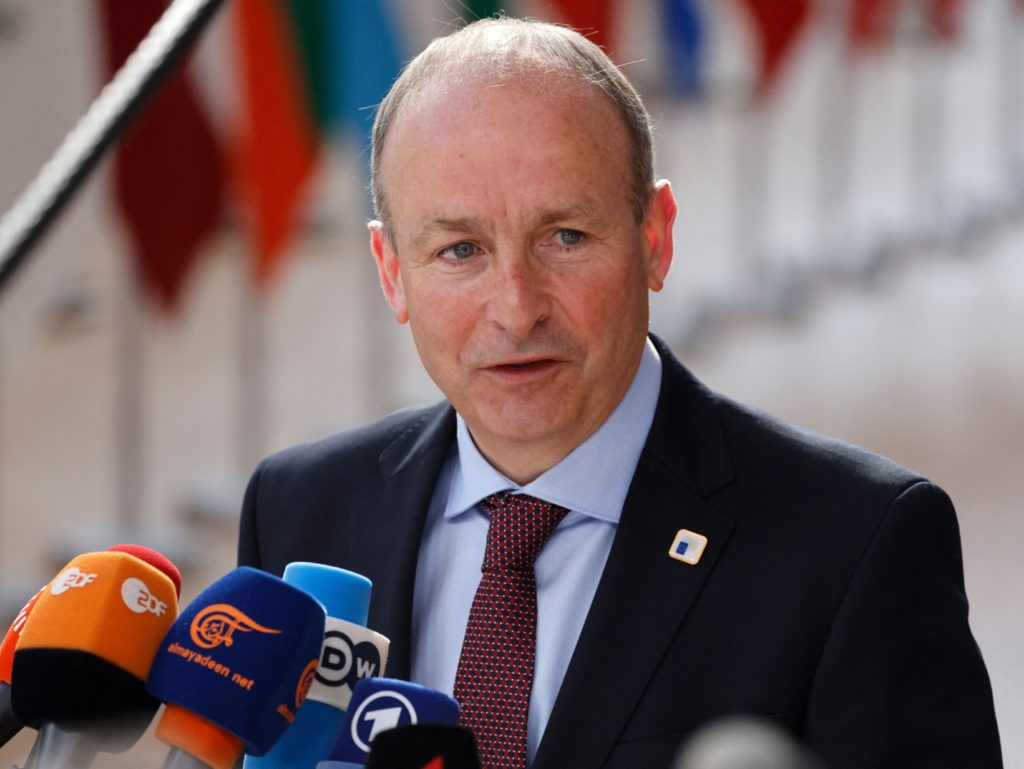 Ireland’s open borders government has announced that it wishes for state actors to purchase more homes for refugees, seemingly content to leave native people to rot.

Ireland’s native population once again look like they are being left out in the cold by those who rule them, with their government using emergency powers to allow local councils to purchase homes for the express purposes of housing refugees.

While the power has now been granted in the hopes of housing foreign nationals ostensibly coming to the island in the hopes of escaping the Ukraine war, the government had previously refrained from taking such a measure despite the fact that the country’s own population had already been suffering under a crippling housing crisis.

According to a report by the Irish Examiner, the new powers will be used to help alleviate the country’s massive shortfall in accommodation, the state having already taken in tens of thousands of migrants in recent weeks.

What’s more, the publication notes one government official as saying that “every lever at the disposal of Government is now being pulled” in the hopes of looking after the new arrivals which have been brought in under the country’s open borders approach to dealing with the new migrant crisis.

While the new “expanded acquisition programme” is also set to help those already struggling with homelessness in the country, it is unclear how beneficial such a measure could possibly be for the native population considering the circumstances.

Ireland’s government has already promised that there would be “no cap” on the number of refugees allowed to come to the country, with estimates regarding the total number of arrivals being as high as 200,000, or four per cent of the country’s population.

What’s more, a significant percentage of those already on social housing waiting lists in the Irish capital of Dublin before the crisis appear to be foreign-born, with waiting lists frequently being at least 30 per cent occupied by those born outside Ireland according to data from 2021.

One council, having previously found that around half of their housing list was occupied by those born outside the state back in 2011, has even since claimed to have stopped recording the origins of those on their housing list.

As Ireland’s government pulls out all the stops to house foreign migrants entering the country, those already in the country appear to be becoming less and less satisfied with their nation’s open borders response to the crisis, despite it being lauded by Ireland’s Prime Minister Micheál Martin.

While authorities have repeatedly emphasised that they will take in everyone and anyone who wishes to come to the country, a poll published by The Times on Sunday has found that a vast majority of Irish people want the number of supposedly Ukrainian migrants capped at a number far below the 200,000 upper estimate predicted by government officials.

According to the publication, around one-third of respondents wanted the number of refugees in the country to be capped at 20,000 — a number which has already been breached by the Irish government’s open borders policy — while a further 23 per cent of respondents said that a cap should be put somewhere between 20,000 and 40,000.

Only two in five respondents said that there should be no cap on arrivals.

Despite this, the Irish state has shown no sign of attempting to slow the number of arrivals in the country, with many rural towns in the country having already seen their populations double over the past number of weeks as a result of the influx.