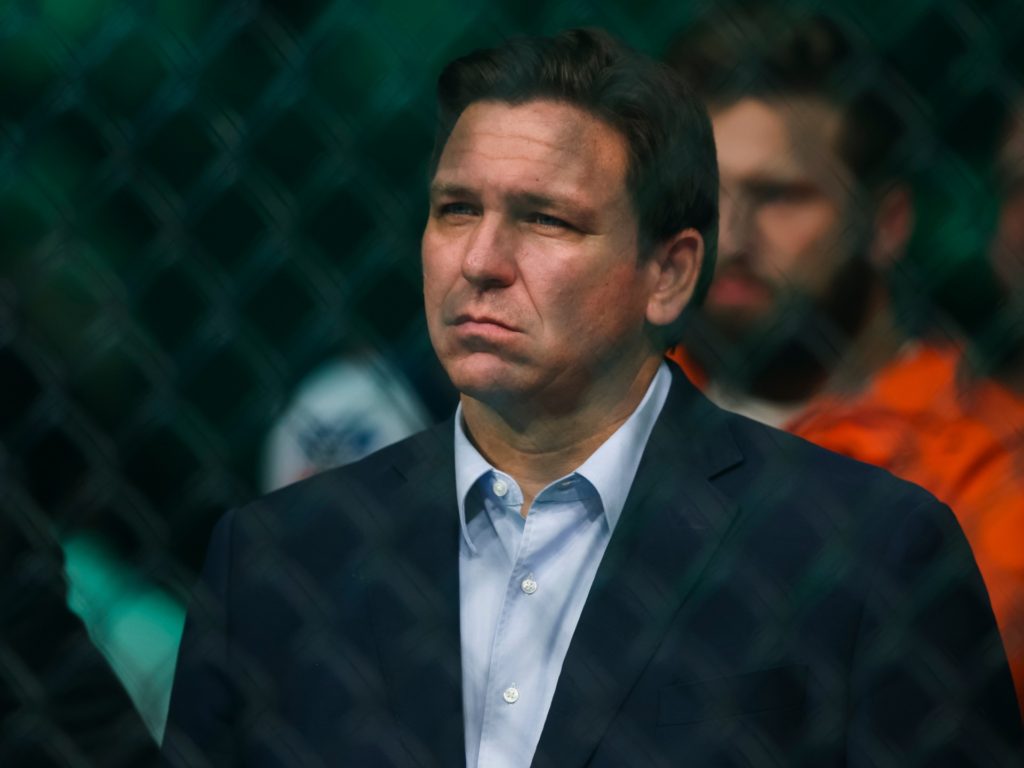 The bill takes several steps, including requiring the annual renewal of voter rolls. It also increases penalties for violating of election laws, and creates the Office of Election Crimes and Security “to investigate election law violations,” according to the governor’s office.

“Before now, there was not a dedicated office to investigate all election crimes in Florida,” the governor’s office said in a press release, explaining that the Florida Department of Law Enforcement “received positions and resources in this year’s budget to support the criminal investigation of election crimes in partnership with the Office of Election Crimes and Security”:

“After the 2020 election, people were saying gee, why can’t everyone else be like Florida when it comes to this?” DeSantis said during Monday’s press conference, noting that “they never used to say that.”

“It is what is, at the same time, you know, you compare us to some of these other states, we did a better job, but there’s a lot that needs to be addressed,” he continued, explaining that last year, he signed “probably the strongest lector integrity measures in the country,” requiring ID for requesting absentee ballots, banning ballot harvesting, and prohibiting Zuckerberg dollars.

Monday’s bill “builds up the success that we had last year,” the governor explained. For instance, the measure increases the penalties for ballot harvesting, making it a third degree felony. It also strengthens voter ID for mail-in ballots.

“The Department of State is actually going to study ways to do more in terms of some of the envelopes that that are going to be done, and I think that that’s something that we need to do,” he said.

“I mean if you’re getting an absentee ballot that make sure that your ballot, you go in to vote in in in the process, you show your ID to be able to get in the polling place,” DeSantis added.  “We want to make sure the same for the mail”:

The legislation I signed today will continue to make Florida a leader in election integrity by increasing penalties for ballot harvesting, expanding our ban on Zuckerbucks, and establishing an election integrity unit in state government to enforce our laws. pic.twitter.com/FPez9uf1gU

Ultimately, DeSantis said he does not believe there is “any other place in the country where you should have more confidence that your vote counts than in the state of Florida, which is great.”