Impeachment on the Table for DHS Secretary Mayorkas

McCarthy’s comments came during a trip to the southern border with other Republican members of Congress. After reporters questioned McCarthy about recently leaked audio of his comments about the January 6 Capitol riots, he switched the focus to U.S. Department of Homeland Security Secretary Mayorkas.

“What’s more important than something that happened 15 months ago on a private conversation with about four other people is what’s happening here right now,” McCarthy said. “This is his moment in time to do his job. But at any time, if someone is derelict in their job, there is always the option of impeaching somebody.

McCarthy suggested Mayorkas rethink the upcoming removal of Title 42, a law that makes it easier for the federal government to deport illegal aliens and turn back border crossers. 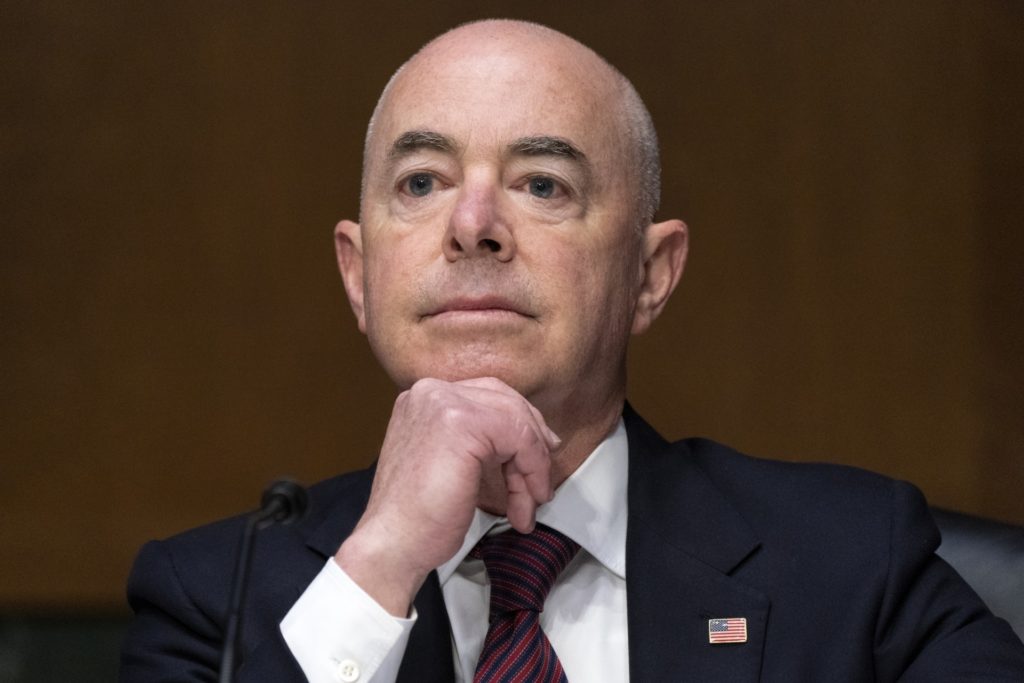 McCarthy is not the first Republican to suggest impeaching Mayorkas. Rep. Andy Biggs (R-AZ) is leading a resolution to impeach Mayorkas with signatures from 30 House Republicans.

Additionally, former President Donald Trump suggested Republicans impeach Mayorkas if they regain control of the House during a rally in North Carolina this month.

“After we win this November, Republicans should immediately vote to remove Biden’s Secretary of Homeland Security from office for his blatant acts of sabotage against the laws of the United States,” Trump said. “And then, we should continue to work hard until the borders are sealed.”

McCarthy’s comments about the possibility of impeaching Mayorkas came on the same day that more than 100 House Republicans signed a letter to Mayorkas criticizing him for his failure to “secure the border and enforce the laws passed by Congress.”

We write to address your actions to dismantle the security of our nation’s southern border and disregard for the enforcement of U.S. immigration laws. Your actions have willingly endangered American citizens and undermined the rule of law and our nation’s sovereignty. Your failure to secure the border and enforce the laws passed by Congress raises grave questions about your suitability for office.

“You have been specifically instructed by the court to implement the protocol in good faith or take new agency action that complied with the law. You have done neither,” the letter said. “This callous disregard for the judiciary and willful refusal to properly apply the law raises questions about your commitment to protecting the homeland.”