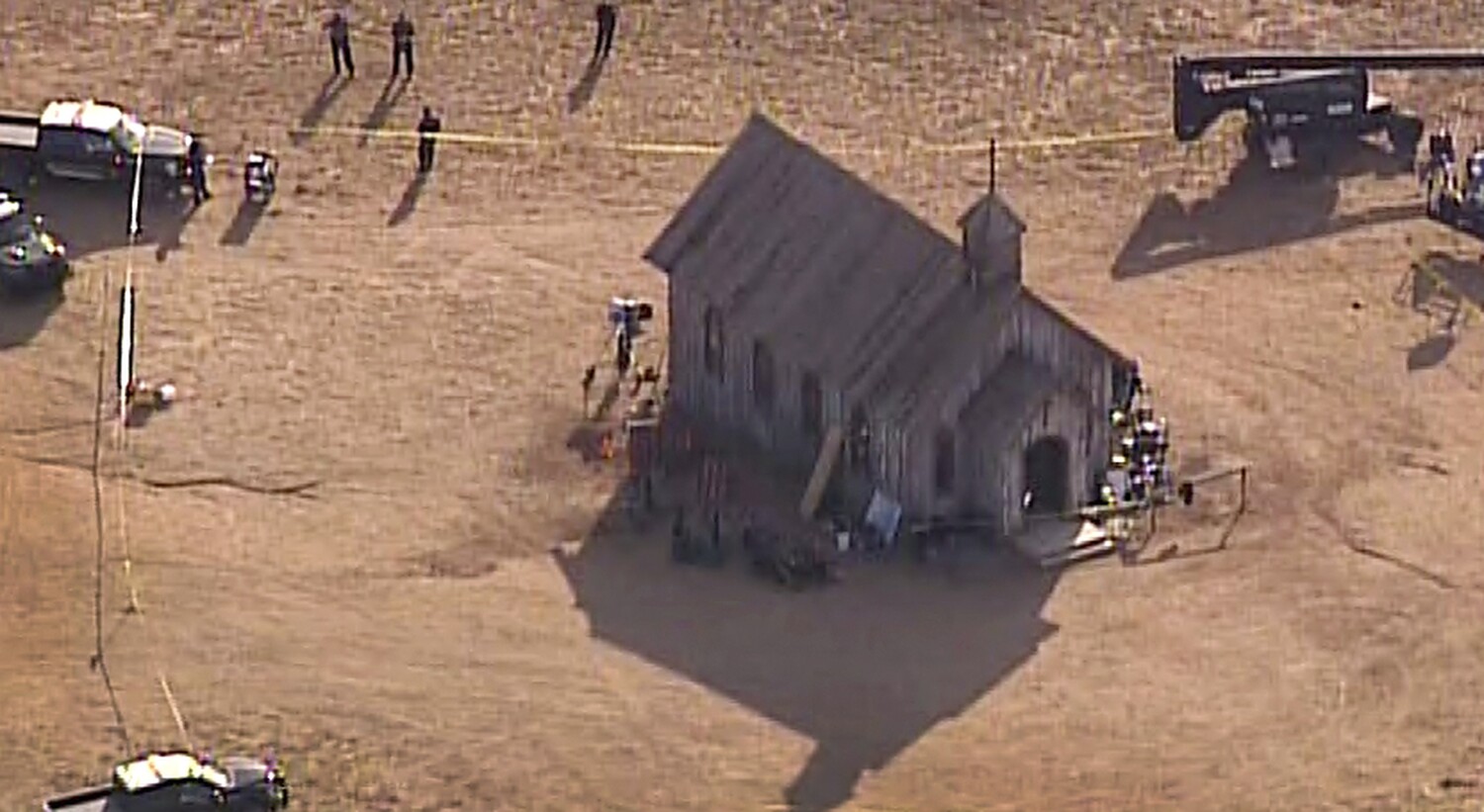 The documents include a 204-page case report summarizing the investigation, which remains open and ongoing. The sheriff’s office has not yet filed any charges related to the shooting.

The release of documents comes several days after a New Mexico agency delivered a stinging rebuke of the managers behind the “Rust” production, levying its maximum fine of $136,793 for safety violations that led to the death of Hutchins and the wounding of director Joel Souza.

According to Sheriff Adan Mendoza, “various components of the investigation remain outstanding including FBI firearm and ballistic forensics along with DNA and latent fingerprint analysis, Office of the New Mexico Medical Examiner findings report and the analysis of Mr. Alec Baldwin’s phone data extracted by Suffolk County sheriff’s investigators.”

“Once these investigative components are provided to the Sheriff’s Office we will be able to complete the investigation to forward it to the Santa Fe district attorney for review,” Mendoza said.

In an interview several hours after the shooting, armorer Hannah Gutierrez Reed told detectives that the box of supposed dummy rounds had been provided approximately a week before by weapons provider Seth Kenney.

Gutierrez Reed sued Kenney in January, alleging he supplied a mismarked box of ammunition containing live rounds to the set. Kenney has said he did not supply live rounds to “Rust,” including the one that Baldwin fired.

At some point after the shooting, Souza recalled that Gutierrez Reed stood over him, “hysterically yelling ‘I’
m sorry, I’m sorry I’m sorry,” according to Sheriff’s Det. Joel Cano’s summary of his interview with Souza conducted the day after the shooting.

The film’s prop master, Sarah Zachry, told Cano in an interview that she ran into Gutierrez Reed outside of the church after the shooting, according to the case supplemental report.

Zachry stated that “Hannah was ‘panicking’ and ‘freaking out.’ Hannah began saying there is no way something was in [the gun] and it was ‘going to ruin her career.’”

In a second interview with detectives, Gutierrez Reed described being outside of the church when the gun went off and said that first assistant director Dave Halls brought her the gun.

She told investigators that she dumped the rounds from the gun in her hands, handed the rounds to Zachry and told Zachry to go check the box of ammunition, the report said. After checking the box, Zachry told Gutierrez Reed that “there were some bad ones in there,” according to the summary of Gutierrez Reed’s interview.

“Hannah advised she thought it meant possibly one to two rounds from the box, but Sarah told her it was more than half of the box,” the summary read. “Hannah also advised what she thought Sarah meant by ‘bad’ was live ammunition.”

In the days leading up to the shooting, Gutierrez Reed expressed concern about how prepared Baldwin would be for his shooting scene. On Oct. 15, she told Baldwin’s assistant she was worried because Baldwin had not shot with a holster before, police records show.

In an interview with the sheriff’s office, Baldwin said that he attended firearms practice on Oct. 12 and that Gutierrez Reed was present during that practice.

In text messages obtained by the sheriff’s office, Gutierrez Reed showed signs of the mounting stress she was under.

On Oct. 16, she spoke about how she felt like she kept getting “thrown under the bus” in a text message to Zachry and told the prop master about receiving an email from people including a line producer about not supporting props.

In an interview with detectives, Gutierrez Reed said it was unpleasant to be on set because it was “toxic.” She said she wasn’t aware that the hammer in the gun was supposed to be pulled back in the scene and that she wished she checked it more, the report stated.

On Nov. 10, several weeks after the shooting, Gutierrez Reed said that being interviewed by the police was stressful and “they also don’t seem to believe me and the evidence they have seems tampered with,” according to the report.

Gutierrez Reed has denied bringing live ammunition to the “Rust” set, though the documents released by the sheriff’s office include summaries of text messages in which Gutierrez Reed discussed employing live rounds on an earlier project.

While working as an armorer on “The Old Way,” a Nicolas Cage western shot in Montana, Gutierrez Reed sent Kenney a text message on Aug. 15 in which she asked the weapons provider if she could “shoot hot rounds out of the trap door,” the report stated.

“Wtf is a hot round?” Kenney asked in response, to which Gutierrez Reed replied, “Like a pretty big load of actual ammunition,” according to the report.

The report states that Kenney “tells her never to shoot live ammo out of tv/movie guns, and to only use blanks” and follows up by saying, “It’s a serious mistake, always ends in tears.”

“Good to know, I’m still gonna shoot mine tho,” Gutierrez Reed responded, according to the report.

Baldwin spoke with investigators several times by phone in the weeks after the shooting. During a Nov. 3 phone call with Det. Alexandria Hancock, Baldwin reiterated that he had not pulled the gun’s trigger before it fired.

With additional reporting by Meg James