For years he chopped them down illegally to sell as timber, often working with others to carry 100-kg logs out of a rapidly thinning forest.

But as extreme rainfall and floods increasingly devastated his community in the central province of Quang Binh, the 36-year-old read up on the ongoing climate and nature crises and turned instead to tourism and conservation. 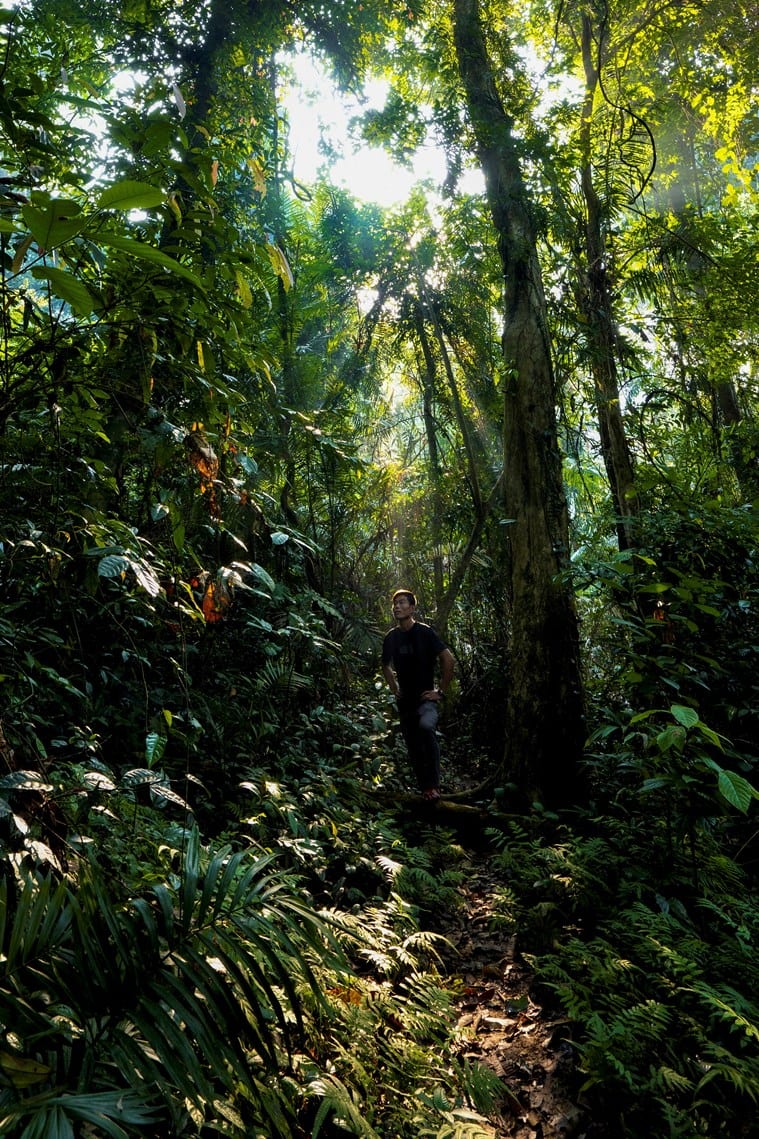 Always accompanied by a park ranger, Ngoc Anh and other tour guides help patrol the trails to keep poachers away, remove animal traps and clean up any trash. (REUTERS/Hoang Trung)

Now, Ngoc Anh is one of 250 former loggers trained by an adventure tourism company to lead mostly foreign tourists through jungles and into some of the world’s largest cave systems in the Phong Nha-Ke Bang National Park, a UNESCO world heritage site.”

Before, whenever I saw a large tree, my head calculated how tall the tree was and how to cut it into logs of different sizes,” Ngoc Anh said, perched on a mossy vine thicker than a person’s arm.

“But now that I’m in the tourism business, when I see such a tree, I tell the tour group how valuable this tree is because there aren’t many left.” According to Global Forest Watch, Vietnam lost about 3 million hectares of tree cover between 2001 and 2020 – a 20% decrease since 20 years ago driven primarily by the commodities sectors. A government crackdown on illegal logging since 2007 has helped slow the rate of deforestation and the country has joined a recent global pledge to end deforestation by 2030.

Always accompanied by a park ranger, Ngoc Anh and other tour guides help patrol the trails to keep poachers away, remove animal traps and clean up any trash.

They do it for less than half of what they earned in their logging days, but hope to earn more as tourism and travel gradually resume.