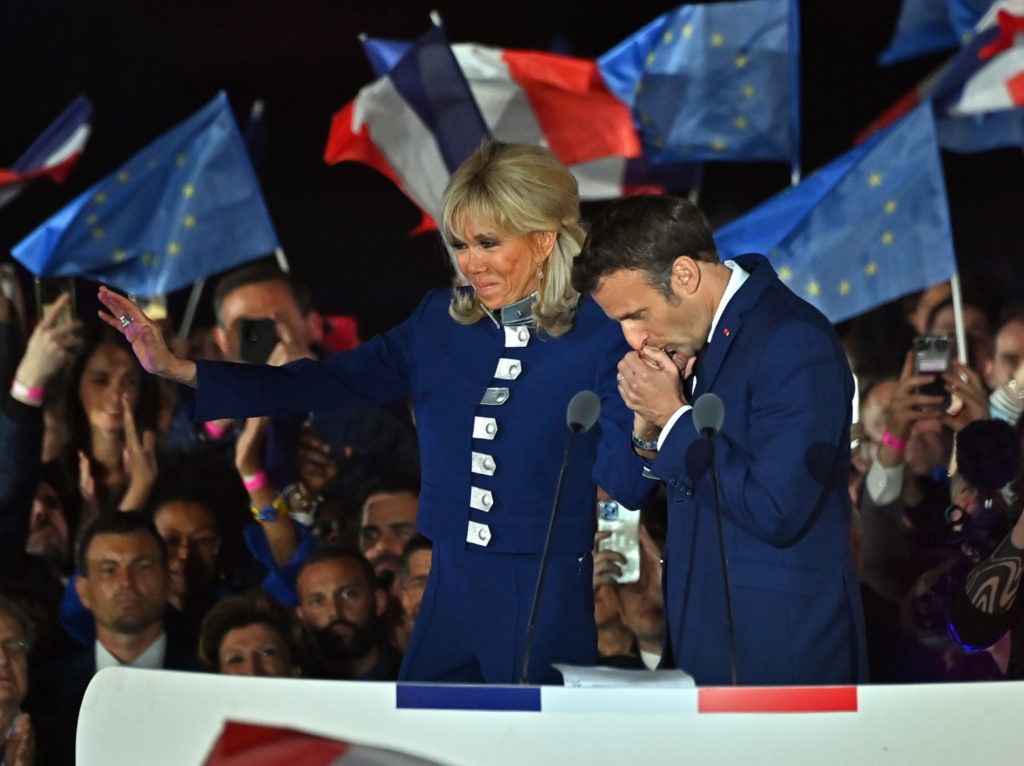 The European Union and wider international establishment have rushed to congratulate Emmanuel Macron on his victory over populist challenger Marine Le Pen.

“In this turbulent period, we need a solid Europe and a France totally committed to a more sovereign and more strategic European Union,” continued the former Prime Minister of Belgium, referencing Macron’s commitment to granting the European Union more power over national governments in contrast to Le Pen, who once openly supported Frexit.

Ursula von der Leyen, the President of the European Commission, was a little less overtly partisan in her message to “Cher @EmmanuelMacron“, limiting herself to a simple congratulations and note that she was “look[ing] forward to continuing our excellent cooperation.”

“Together, we will move France and Europe forward,” she added.

Olaf Scholz, Germany’s new leftist Chancellor, continued this theme of welcoming Macron’s victory as victory for the European Union, telling him that his “constituents also sent a strong commitment to Europe today.”

“I am pleased that we will continue our good cooperation!” he said, evidently having been given no pause at all by the fact that more than four in ten voters in France — one of the twin engines of the European project along with Germany — had just backed a staunch eurosceptic derided near-universally as “far-right” and a puppet of Russia’s Vladimir Putin.

Prior to the vote, Scholz had joined Pedro Sánchez and António Costa, the socialist prime ministers of Spain and Portugal, in a joint letter, widely un-condemned as foreign interference by the mainstream media, urging French voters to back Macron, attacking “populists and the extreme right” for their alleged ” attacks on minorities and diversity and their goal of nationalist uniformity” and accusing Le Pen of “openly sid[ing]” with the “Russian aggressor”.

The leftist leaders of Germany, Spain, and Portugal have written an open letter calling on the French public to back incumbent President Emmanuel Macron against his populist challenger in Sunday’s elections, Marine Le Pen. https://t.co/QaDqsj35Zr

U.S. President Joe Biden’s message of congratulations to Macron was more rote, although he still managed to inject a little controversy into it by declaring that “France is our oldest ally” — something of a snub to the British, who supported American colonists against the French during the French and Indian War, prior to the American Revolution.

Canada’s left-wing leader Justin Trudeau, perhaps surprisingly, also refrained from harping on nationalism and related topics in his message to Macron, instead stressing Ottawa and Paris’s joint task of “upholding democracy, human rights, and the rules-based international system in the face of Russia’s illegal, unprovoked, and unjustifiable invasion of Ukraine.”

He also referenced shared goals of “creating good jobs and economic growth for the middle class” — an interesting choice of emphasis, considering surveys by pollsters have indicated that the working class backed Le Pen overwhelmingly.