French President Emmanuel Macron did not take a congratulatory phone call from President Joe Biden on Sunday after winning reelection.

“I tried to talk to him last night,” Biden told reporters Monday morning. “I spoke to his staff and he was at the Eiffel Tower having a good time.”

The president did not connect with Macron at any point Sunday or early Monday, but shared a congratulatory message on social media.

Congratulations to @EmmanuelMacron on his re-election. France is our oldest ally and a key partner in addressing global challenges. I look forward to our continued close cooperation — including on supporting Ukraine, defending democracy, and countering climate change.

Macron spoke to Zelenskiy tonight, who congratulated him on his re-election, the Elysée says

Biden did not appear visibly upset by Macron’s snub as he returned to the White House after another weekend at his home in Delaware.

“I’m going to be talking to him today,” Biden told reporters.

Macron secured his re-election over Marine Le Pen by double digits despite his approval rating of 36 percent.
The two presidents have a complicated relationship, as the French president was deeply upset by the administration’s deal with Australia on nuclear submarines. 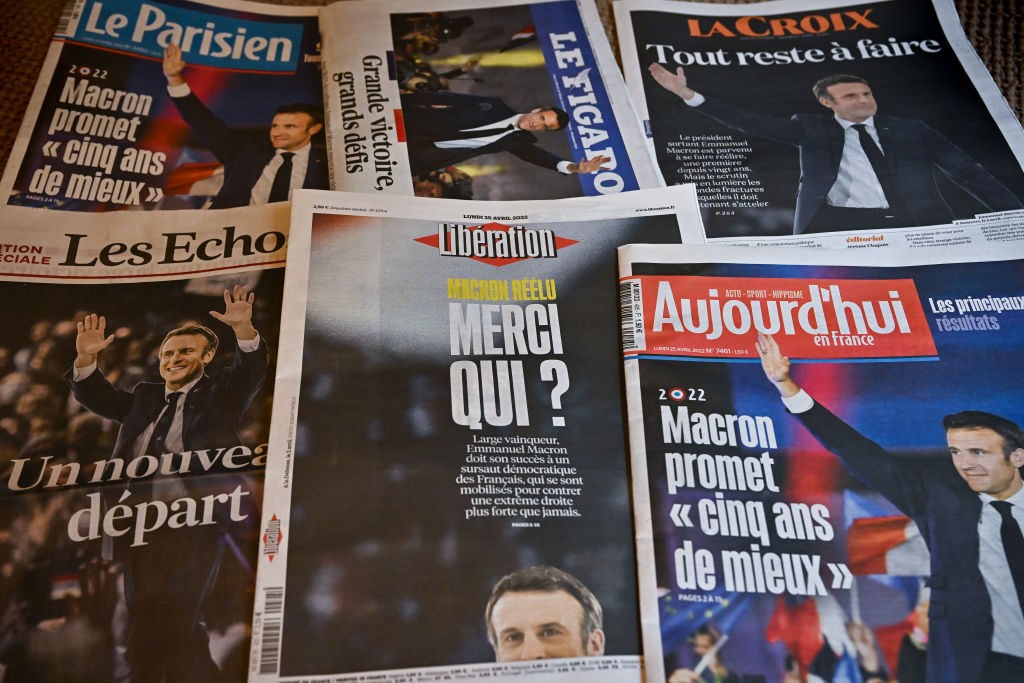 Prior to the French elections, Biden was quiet about any support for Macron — even though former President Barack Obama endorsed him in a 2017 video.

“I am supporting Emmanuel Macron to lead you forward,” Obama said at the time, adding in French, “En marche! Vive la France!”