Elon Wins as Twitter Agrees to Be Owned By Him

Musk will pay $54.20 a share for Twitter. That represents a 38 percent premium to the stock’s closing price the day before Musk disclosed he had purchased a nine percent stake in the company. Perhaps even more importantly, it is a 53 percent premium to where the shares were trading at the end of February, before Musk started building his stake.

When the transaction is closed, probably sometime later this year, Twitter will become a privately held company, wholly owned by Musk.  Musk walks away with full control of the social media company, and shareholders walk away with $54.20 per share.

The Twitter board’s decision to accept Musk’s $54.20 offer came as a surprise to many. Initially, the board rebuffed Musk, adopting a poison pill that would have made a hostile takeover impossible. Some Wall Street analysts said the offer was too low despite the hefty premium, in part because shares had traded as high as $73 back in August.

There were also lots of doubts about whether Musk could finance his offer. He is purportedly the world’s wealthiest man, with a net worth somewhere around $300 billion. Much of that, however, is not liquid. Most of his wealth consists of shares of Tesla and stakes in his other companies. Selling tens of billions of Tesla stock to buy Twitter might alienate or anger the auto company’s investors. 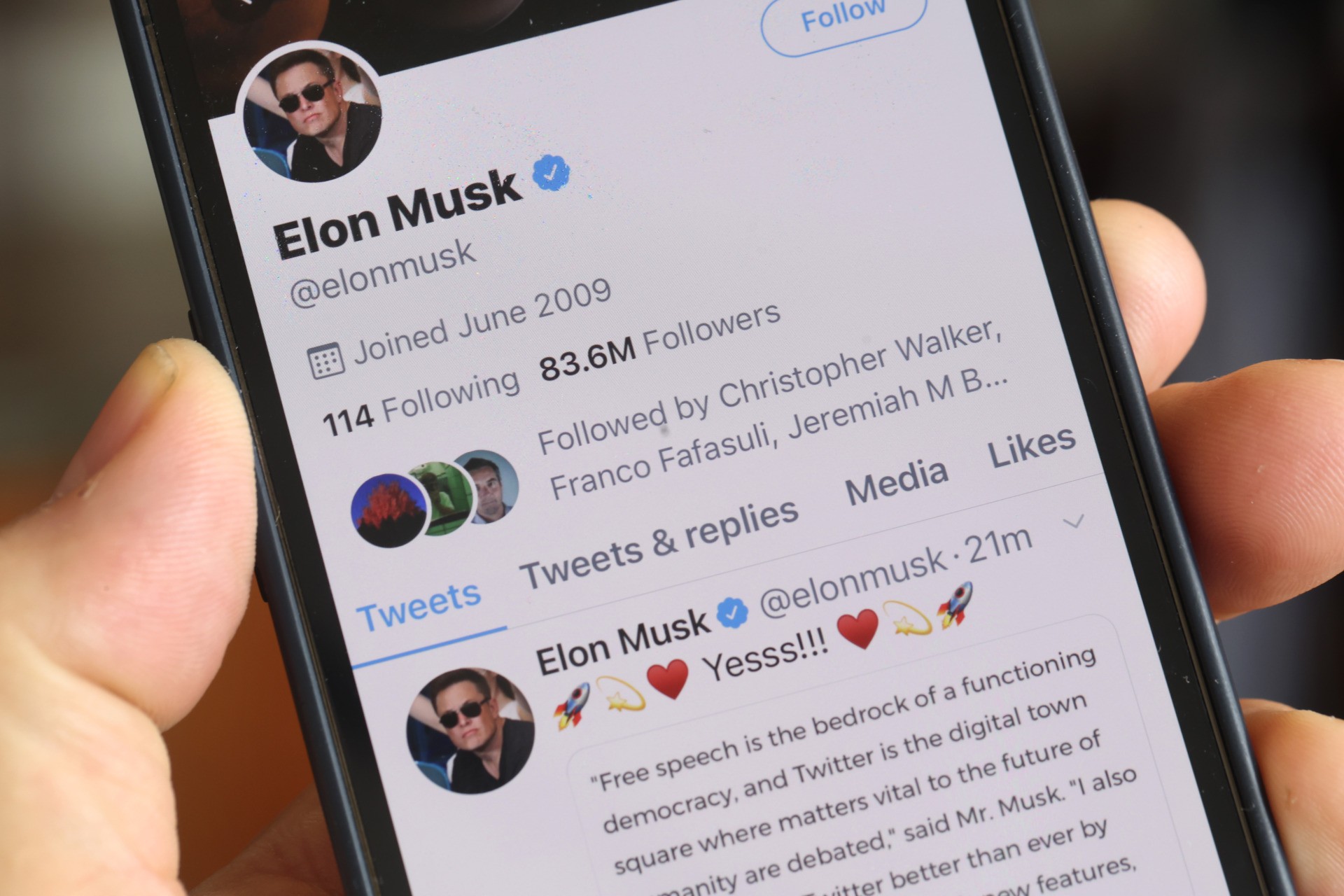 The Twitter profile of Elon Musk in shown on a cell phone on April 25, 2022, after it was announced that Twitter accepted Musk’s $44 billion bid to acquire the company. (Scott Olson/Getty Images)

This view very likely underestimated one of Musk’s finest abilities: securing funding. Investors around the world are eager to invest in Musk’s projects, and bankers are eager to arrange the deals. Just last week, Musk’s Boring Company—which aims to eliminate traffic by digging high speed underground tunnels—raised $675 million at a $5.675 billion valuation. Crunchbase reports that the company has raised a total of $900 million. Musk’s other company, Space X, raised $1.5 billion last year and is said to be the third most valuable private company, with a valuation of $100 billion, after two Chinese companies, Shanghai-based TikTok owner Byte Dance and Hangzhou-based Ant Group.

As we explained on April 14, “[I]t is apparent that Musk can raise the money to get this done. Tesla’s valuation alone gives him nearly unlimited buying power.”

So it was not all that surprising that the banks lined up to fund his bid, led by Morgan Stanley. Most of the banks providing $25.5 billion in funding even went along with Musk’s penchant for numerical pot jokes by signing commitment letters on April 20 or 4/20. Musk himself will supply $21 billion of his own money and back $12.5 billion of that loan with Tesla stock. The rest of the debt will be backed by the assets of Twitter itself. So banks are providing $25.5 billion, but only $13 billion is at risk on Twitter. That’s a 20-percent loan to value ratio—meaning the banks are not taking a lot of debt and would not lose any more unless Musk loses around $33 billion.

As an aside, although no one else stepped forward to invest alongside Musk, now that he has the approval of Twitter’s board for the transaction, he may be able to find other equity investors. This is no longer a hostile takeover situation. It’s a signed and sealed deal that could put a private equity or sovereign wealth investor alongside Musk. If Musk can raise $900 million to bore tunnels, he can probably come up with a few investors to kick in a billion or two for Twitter.

The financing was the masterstroke that forced the board’s hand. With the money in place, the board had an obligation to take the bid seriously. No other bidder had stepped forward in the past three weeks or so since it became clear that Twitter was in play. What’s more, the rest of the market had become very volatile. Watching shares of Netflix plunge and drag down Disney may have shaken board members. Shares of Facebook’s Meta are down 44 percent year to date. So are Pinterest shares.  Snap shares are down 34 percent. It was no doubt hard for management to convince the board that it had a path to a higher share price than what Musk was offering, especially since Musk walking away would almost certainly send the shares back down to at least where they were before his involvement.

Think of it this way. That high Twitter valuation from last summer came at a time when the “stay at home” stocks were riding high. With Disney shares near $190, a $75 price for Twitter does not seem unreasonable. With Disney down at $120 a share, that kind of valuation for Twitter looks crazy.

We will find out on Thursday whether the company’s latest quarterly results played a role. On Wall Street, many assume that the company will disclose not only a bad quarter but lower-than-expected guidance for the year to come. That would certainly have pushed the board to accept Musk’s bid. Wedbush analyst Dan Ives said Twitter’s earnings “likely will not be rainbows and smiles thus putting further pressure on the company around this game of high stakes poker with the Musk bid looming.”

For Musk, on the other hand, it was rockets, stars, and hearts, as he tweeted out: