Wallace’s next step in the news media was broached during a Common Ground Committee panel discussion.

When asked by moderator and former news correspondent Jacqueline Adams if he had any personal revelations to share following the shutdown of CNN+ last week, the 74-year-old joked he had no breaking news to share.

“I’m in good shape, whether it’s CNN or someplace else. Frankly, what I’m mostly concerned about right now, and very, is my team and hundreds of other people … that had jobs at CNN+,” Wallace said. 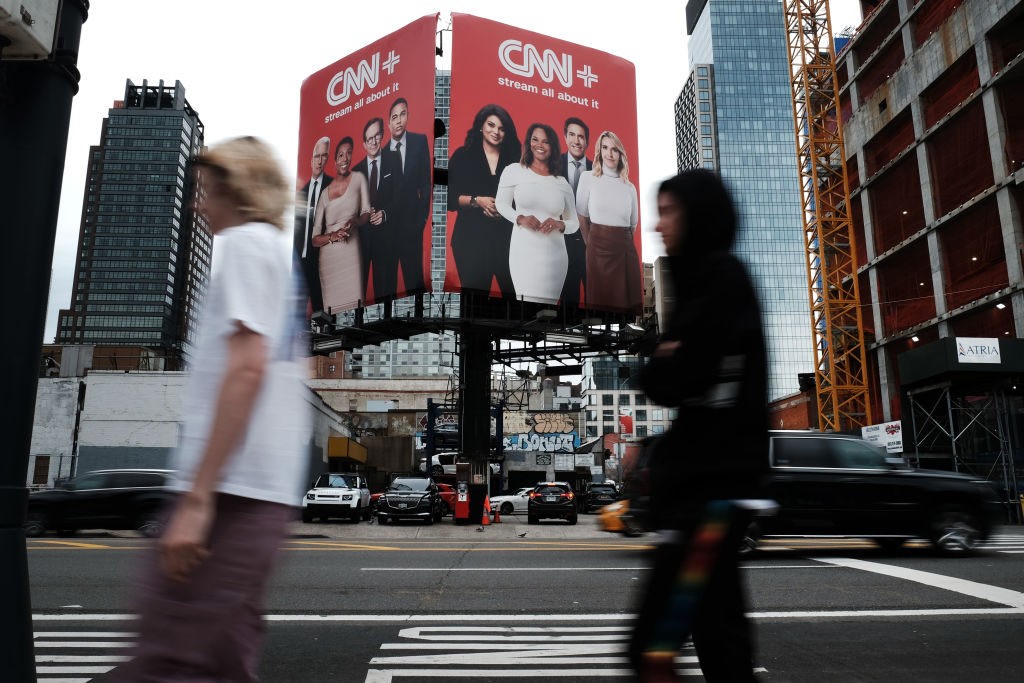 File/An advertisement for CNN+ is displayed in Manhattan on April 21, 2022 in New York City. Only three weeks after its launch, CNN has announced that it’s new streaming service is already planning to shut down. (Spencer Platt/Getty Images)

“Some of them had left CNN to go to streaming. Some of them had left other places, moved across the country. And so I think you’re seeing a lot of the anchors at CNN+ doing everything they can to protect the people that were working on their team and to make sure they either get a safe landing at CNN or someplace else.”

As Breitbart News reported, Wallace announced his decision to leave Fox News for CNN+ last December on the promise of looking forward to the “new freedom.”

“I am thrilled to join CNN+. After decades in broadcast and cable news, I am excited to explore the world of streaming,” he enthused.

Nolte: Fox News must be thrilled to finally be rid of Chris Wallace, who was regularly murdered by the competition. https://t.co/qgQaCeZ3S0

“I look forward to the new freedom and flexibility streaming affords in interviewing major figures across the news landscape—and finding new ways to tell stories,” he added. “As I embark on this adventure, I am honored and delighted to join Jeff Zucker and his great team. I can’t wait to get started.”

The result could hardly be further from what the news veteran hoped for after working at both ABC and NBC News before the late Roger Ailes lured him to Fox with the promise of his own Sunday show.

Wallace was reportedly breaking down in front of his crew over the “miserable failure” of the streaming platform before it eventually went under last week after barely 23 days in operation.