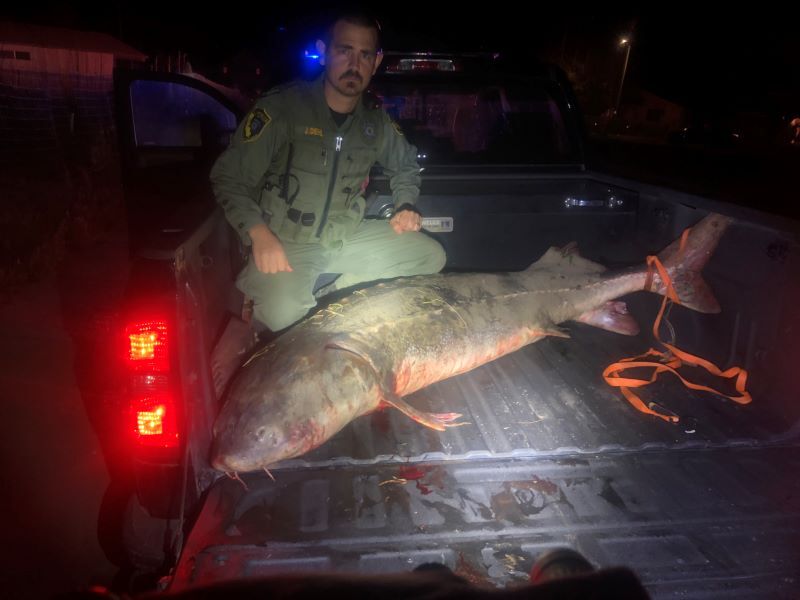 Nine people were arrested by state wildlife police on suspicion of poaching, selling animals on the black market and other offenses after a sprawling investigation by the California Department of Fish and Wildlife investigation, the agency said.

“I am proud of the dedicated wildlife officers who spent countless hours investigating this wildlife trafficking case to protect our native sturgeon population, which is already severely affected by historic drought conditions,” David Bess, deputy director and chief of the law enforcement division, said in a release.

The investigation into the sturgeon poaching suspects began in May 2021. Andrew Chao, 31, and Ay Pou Saechao, 35, both of Oakland, allegedly caught sturgeon, removed their eggs and sold them to Igor, Lyudmila, Yevgeniy and Olga Petryanik in San Francisco.

“The Petryanik family is suspected of processing the sturgeon roe into caviar and selling it on the illegal wildlife market,” the Department of Fish and Wildlife said in a release. “Chao and all four members of the Petryanik family are facing poaching charges in a case that is still pending prosecution.”

In January, the Oakland men were again under investigation for allegedly poaching sturgeon from the Sacramento River.

On March 14, officers pulled Chao over and found an 85.5-inch white sturgeon in the back of the vehicle, authorities said.

The fish was alive and returned safely to the water. Chao was arrested on suspicion of conspiring to poach sturgeon and possession of an oversized sturgeon.

Investigators said they found links between Chao and Saechao and opened a concurrent investigation into others suspected of poaching sturgeon.

During surveillance on the other suspects, investigators saw the illegal capture of nearly 40 sturgeon, they said.

“The suspects were also observed catching and using juvenile salmon as bait for the sturgeon, another unlawful act,” the Department of Fish and Wildlife said.

Officers reportedly found illegally possessed deer and abalone, illegal guns including a “ghost gun” and an AR-15 along with illegal narcotics and illegal marijuana.