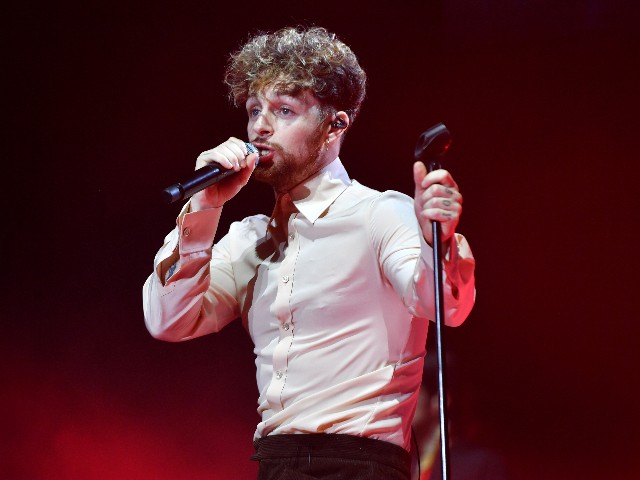 British singer Tom Grennan was attacked and robbed in New York City during the early hours of Thursday morning, according to his management team. The singer was attacked in Manhattan, and was later hospitalized with a ruptured ear, torn eardrum, and other injuries.

“In the early hours of this morning after Tom’s New York show he was the victim of an unprovoked attack and robbery outside a bar in Manhattan,” Various Artists Management said in a statement posted to Grennan’s Instagram account. “Tom is currently in hospital being assessed by doctors for his injuries which include a ruptured ear, torn ear-drum and issue with his previously fractured jaw.”

“Despite this Tom is in good spirits but needs to temporarily recuperate whilst doctors assess his ability to continue with his touring,” the management team added.

Grennan, who is currently on tour in the United States, had to postpone his Friday night show in Washington, D.C. due to the attack.

In a follow-up statement, the singer shared a video of himself explaining and reiterating what had happened.

“It was just wrong place, wrong time, and I was punched, knocked out, and I woke up, and I was like, ‘Whoa, what went on?’ but I’ve got a ruptured eardrum,” the singer explained.

Grennan reiterated that he doesn’t want to “let anybody down.”

New York City — like other popular Democrat-run cities in the United States — is suffering a skyrocketing crime rate. Overall index crime in the city jumped a staggering 36.5 percent last month compared to March 2021.

The New York City Police Department’s (NYPD) crime statistics show there were 1,267 robberies city-wide in March, which is a 48.4 percent leap from the 854 robberies in March 2021.

Last week — in reaction to the recent New York City subway shooting — Real Housewives of New York star Bethenny Frankel proclaimed that the Democrat-run city is a “scary” place, and “is not what it used to be,” adding that she doesn’t let her daughter walk around the city.

Last month, 87-year-old Broadway singing coach Barbara Maier Gustern died after being pushed over in an unprovoked attack near a subway station in Manhattan, while she was on her way to the Public Theater’s Joe’s Pub venue to watch one of her students perform.