Sources operating under the umbrella of U.S. Customs and Border Protection tell Breitbart Texas that a Del Rio Sector Border Patrol marine unit discovered the body believed to be that of Texas National Guard Specialist Bishop E. Evans, 22. The agents found the remains near the downtown area, approximately two miles south of where he entered the water on Friday morning.

Texas National Guard Specialist Bishop Evans is a hero who risked his life in service to Texas & America.

Law enforcement & rescue teams continue a relentless search for him.

Join us in prayer for a successful recovery.

Updates will be provided when they become available. pic.twitter.com/nULof4gcwl

U.S. officials recovered the decedent’s body and brought him to the Texas bank of the Rio Grande. There, a justice of the peace made the statutory declaration of death and officials transported the body to a local funeral home. 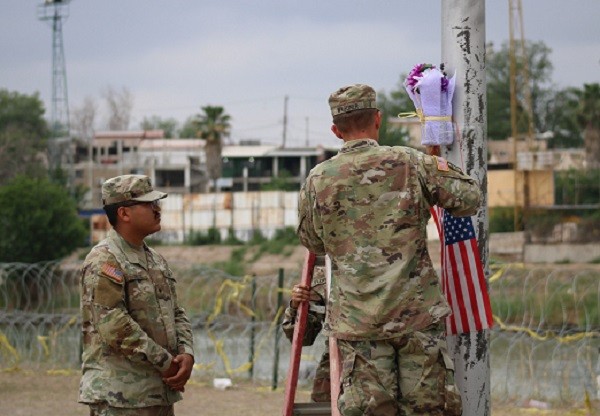 “We are devastated by the loss of a member of our Guard family,” Major General Tom Suelzer, Adjutant General for Texas said in a written statement. “We recognize the selflessness of this heroic Soldier who put his life above others in service to our state and national security. The Texas Military Department sends our deepest condolences to the family. Our thoughts and prayers are with them during this difficult time” 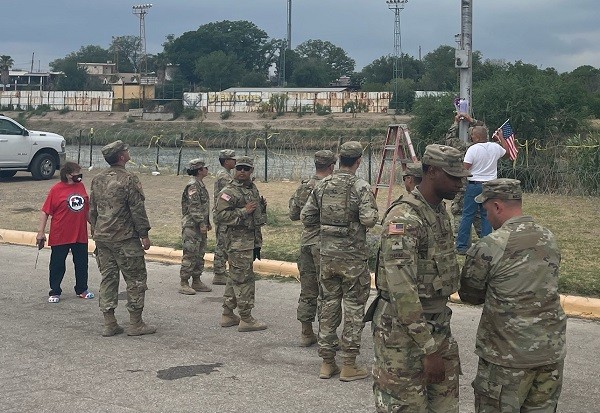 Following the confirmation of Evan’s death, Texas Governor Greg Abbott expressed his support for the family and the National Guard.

“We are heartbroken to learn of the death of SPC Bishop E. Evans who was reported missing in Eagle Pass on Friday,” the governor said in a written statement on Monday. “Our National Guard soldiers risk their lives every day to serve and protect others and we are eternally grateful for the way SPC Evans heroically served his state and country.”

“I thank the members of the Texas National Guard, the Texas Department of Public Safety, Texas Parks and Wildlife, Border Patrol, and local law enforcement for working around the clock to locate this soldier,” Abbott added. “The Texas Military Department will continue to provide more updates to the public as they become available. I ask that Texans join Cecilia and me in praying for the family and friends of SPC Evans as they grieve this heartbreaking loss.”

The congressman said the open border policies are leading to deaths.

“The chaos that has been caused on this border impacts absolutely everybody,” Gonzales continued. “And it is deadly — You’re seeing that. It’s killing National Guardsmen, it’s killing migrants. It’s killing everything, everything it touches.”

On Sunday, TMD officials identified the missing soldier as Army Specialist Bishop E. Evans of Arlington, Texas. Evans served as a field artilleryman assigned to A Battery, 4-133 Field Artillery Regiment in New Braunfels. He joined the Texas Army National Guard in May 2019.

Texas Governor Greg Abbott called Specialist Evans a “hero” who risked his life in service to the Lone Star State and the United States of America. 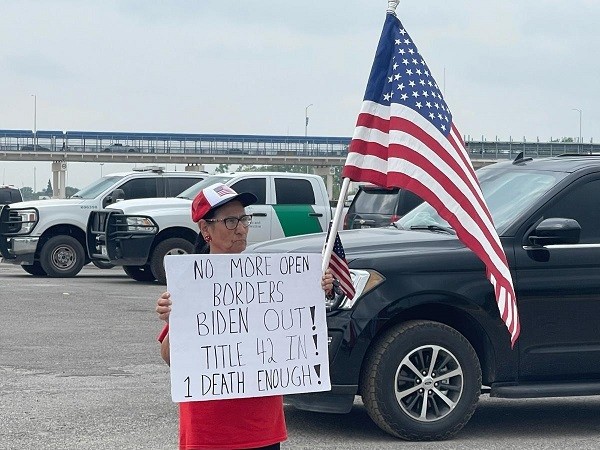 Evans disappeared on Friday morning after jumping into the Rio Grande to save the lives of two migrants who appeared to be drowning during an illegal border crossing, Breitbart Texas reported. The search continued throughout the weekend — only stopping when currents became too strong for dive teams.

On Saturday, Texas Military Department officials reported that the investigation into the disappearance revealed that the two migrants were involved in  “illicit transnational narcotics trafficking.”

“Initial reports from the Texas Rangers have determined that the two migrants were involved in illicit transnational narcotics trafficking. They remain in the custody of US Customs and Border Patrol,” the statement from TMD officials reported.

The search concluded at about 8:30 a.m. on Monday when Border Patrol agents found the body of Specialist Evans near the Mexican side of the Rio Grande.

Editor’s Note: This article has been updated with new information provided by the Texas Military Department. The statement confirms the death of SPC Evans and the recovery of his body.

Bob Price serves as associate editor and senior news contributor for the Breitbart Texas-Border team. He is an original member of the Breitbart Texas team. Price is a regular panelist on Fox 26 Houston’s What’s Your Point? Sunday-morning talk show. Follow him on Twitter @BobPriceBBTX and Facebook.

Randy Clark is a 32-year veteran of the United States Border Patrol.  Prior to his retirement, he served as the Division Chief for Law Enforcement Operations, directing operations for nine Border Patrol Stations within the Del Rio, Texas, Sector. Follow him on Twitter @RandyClarkBBTX.