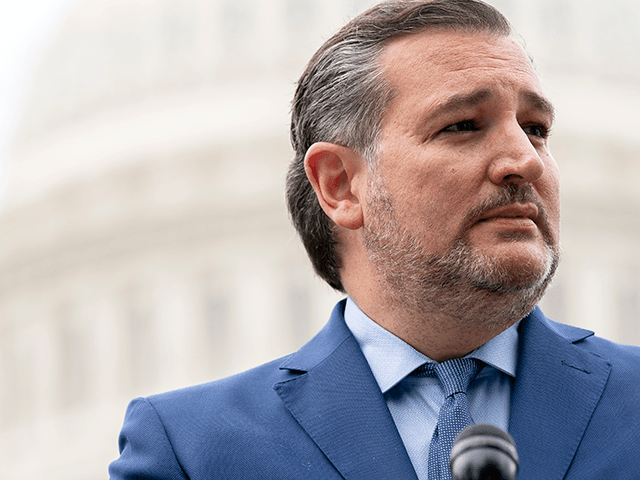 On Monday’s broadcast of Fox News Radio’s “Guy Benson Show,” Sen. Ted Cruz (R-TX) said that the death of Texas National Guard Spc. Bishop Evans is another death of a servicemember “for which the Biden administration is directly responsible.” And that the “enormous loss of life” as a result of the Biden administration’s policies on the border doesn’t just include Spc. Evans “but also the many victims of crime as violent criminals and gang members have been among those illegal aliens coming in,” and people killed from the spread of diseases brought over the border.

Cruz said, [relevant remarks begin around 1:21:55] “Well, tragically, this is yet another death that — for which the Biden administration is directly responsible. We had the 13 servicemen and women who were murdered in Afghanistan as a result of their disastrously failed withdrawal and surrender to the Taliban, and now, yet another serviceman, this National Guardsman who was answering the call, who was stepping forward to defend his nation, and he died selflessly saving the lives of others. And this shouldn’t have had to happen. We’re seeing an extraordinary influx of illegal immigration, over two million people last year, the highest rate in 61 years, and that’s the direct result of political decisions made by Joe Biden and Kamala Harris.”

He continued, “And it has resulted, tragically, in an enormous loss of life. Not only this guardsman who heroically lost his life, but also the many victims of crime as violent criminals and gang members have been among those illegal aliens coming in, [the] spread of infectious diseases, including COVID-19. This has been an ongoing humanitarian disaster, and were it not for the lawlessness of Joe Biden and Kamala Harris, the refusal to enforce the law, the odds are very good this National Guardsman would still be with us and still living. Because he would not have been needing to combat the chaos of the border caused by Biden and Harris.”