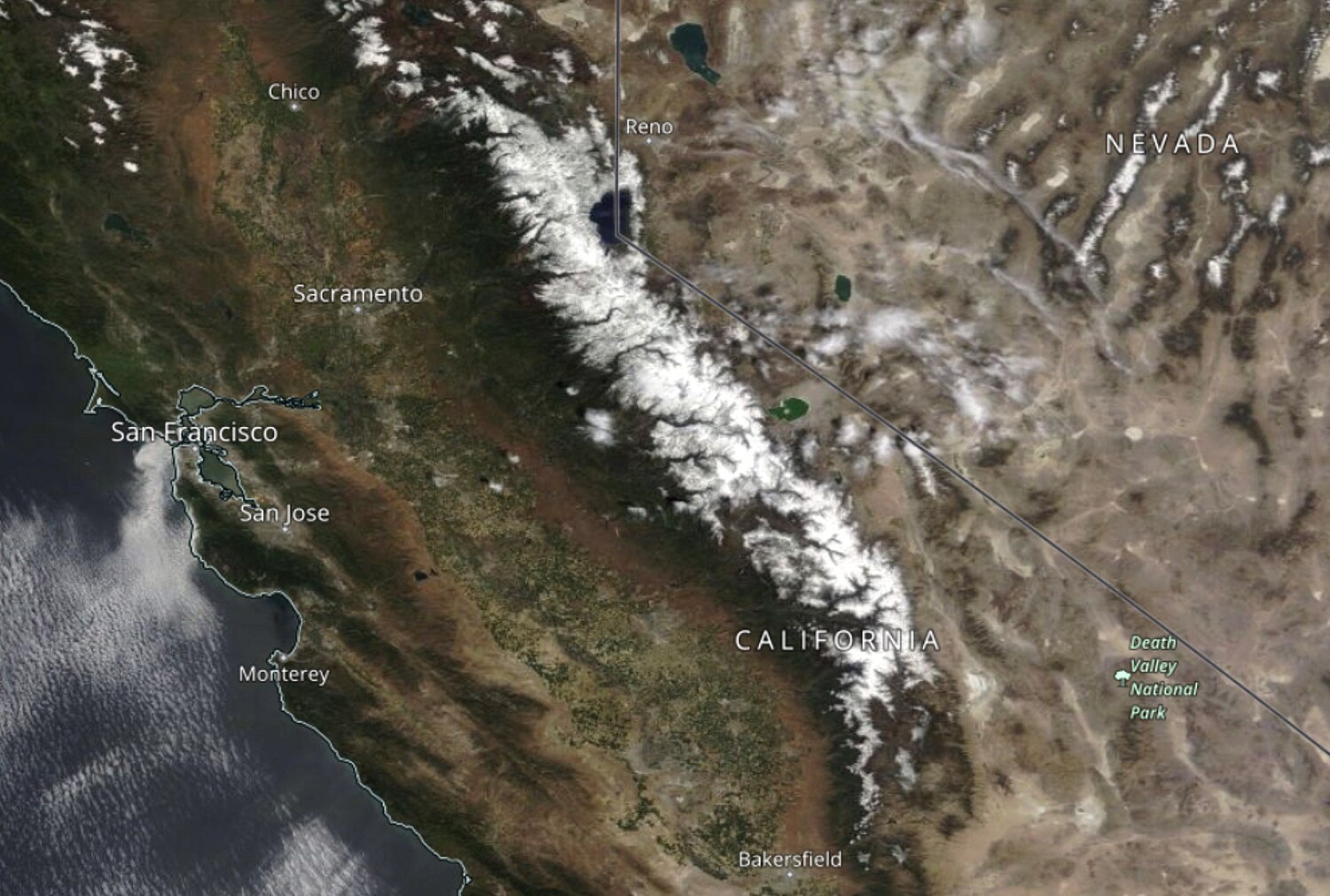 The late-season burst of snow and moisture that blanketed Northern California in April helped make a small dent in drought conditions, experts said, but the majority of the state is still far below where it needs to be as it heads toward the hot, dry months of summer.

Several storms arrived weeks after the final snow survey of the season on April 1, in which state officials reported that statewide snowpack had dwindled to just 38% of average for the date after a bone-dry start to the year.

But on Friday, the UC Berkeley Central Sierra Snow Lab in Donner Pass said it had received 76 inches of powder since the start of the month thanks to April’s storms — nearly doubling the 41 inches it received in the first three months of the year combined.

“It’s not a record-breaking April, but it’s definitely above average,” said station manager Andrew Schwartz. “It’s welcome for sure.”

In fact, April precipitation across much of the Sierra was twice that of January, February and March, according to the National Weather Service. The first three months of the year, typically the heart of the state’s wet season, were the driest ever recorded in California.

But although April’s numbers have so far been impressive, almost all of the state remains under significant drought conditions, officials said.

“The problem is at this point, we’re trying to relieve a multiple-year drought,” Schwartz said. “So even though we’re slightly above average this year, that doesn’t resolve and kind of ‘get rid of’ the last two years of below-average water. … The fact that we’ve been in drought already means that, at least at this point in time, this won’t pull us out of it.”

The latest U.S. Drought Monitor update, released Thursday, showed more than 95% of California classified under severe or extreme drought, up from about 66% three months ago.

And although April storms aren’t all that unusual in Northern California, the dryness that preceded them this year was: The Sacramento area saw a 66-day dry spell that didn’t end until March 15 — the longest ever recorded during winter.

Those deficits mean all the recent rain and snow weren’t enough to bring most areas up to normal. Redding, for example, received 2.65 inches of precipitation between April 1 and 24 — nearly 140% of normal for the dates — but is still at only 60% of where it should be for the water year overall, according to the National Weather Service.

Officials from the California Department of Water Resources gave a similarly grim assessment when they gathered for the snow survey at the start of the month. However, Sean de Guzman, the department’s manager of snow surveys and water supply forecasting, said Monday that the April snow did make a difference.

“It prolonged and extended our snowmelt season by adding the most snow we’ve seen since December 2021,” de Guzman said, noting that statewide snowpack levels this year “are now better than where we were at this time last year.”

But although the northern Sierra saw some gains, statewide snowpack is still “below average, at 35% of average as of this morning,” de Guzman said.

He and other state officials have increasingly stressed the need for conservation as supplies grow tighter and forecasting less predictable. Dramatic weather swings — including those from heat to cold and wet to dry — are making it harder to plan ahead.

That the month of April brought more precipitation than January through March combined is “a prime example of the weather whiplash we are now experiencing due to climate change,” de Guzman said.

It’s not just snow that officials are keeping an eye on. Spring rain also plays an important role in California’s water supply because it aids in wetting watersheds for more efficient runoff and provides water when irrigation demands start to increase, de Guzman said.

April’s showers meant more inflow came into the state’s reservoirs than initially expected at the start of the month, and the projected end-of-April statewide reservoir storage is 71% of average, de Guzman said.

“In comparison to this time last year, our statewide reservoir storage is about the same, but we also have more snow to melt and run off into our rivers, streams and reservoirs,” he said.

Those gains should help, but there is still plenty of room for improvement. According to recent research, the western U.S. is experiencing its driest 22-year period in at least 1,200 years.

“We were definitely at a disadvantage going into this water year, so we’ll take all [the moisture] we can get,” said Sierra Littlefield, a meteorologist with the National Weather Service in Sacramento, but “we’re still definitely dealing with some extreme drought across a good portion of California.”

Littlefield said the April storms did bring some areas closer to 100% of average for the water year and noted that more springtime moisture is still a possibility for the state.

But although there are a few low-impact storm systems in the forecast this week, “they’re not really looking like they’re going to be huge precipitation makers,” she said, and will mostly be centered over far Northern California.

“There’s a little more uncertainty next week for something similar,” Littlefield added, “but it’s really not looking like something that’s going to add all that much to our water supply.”