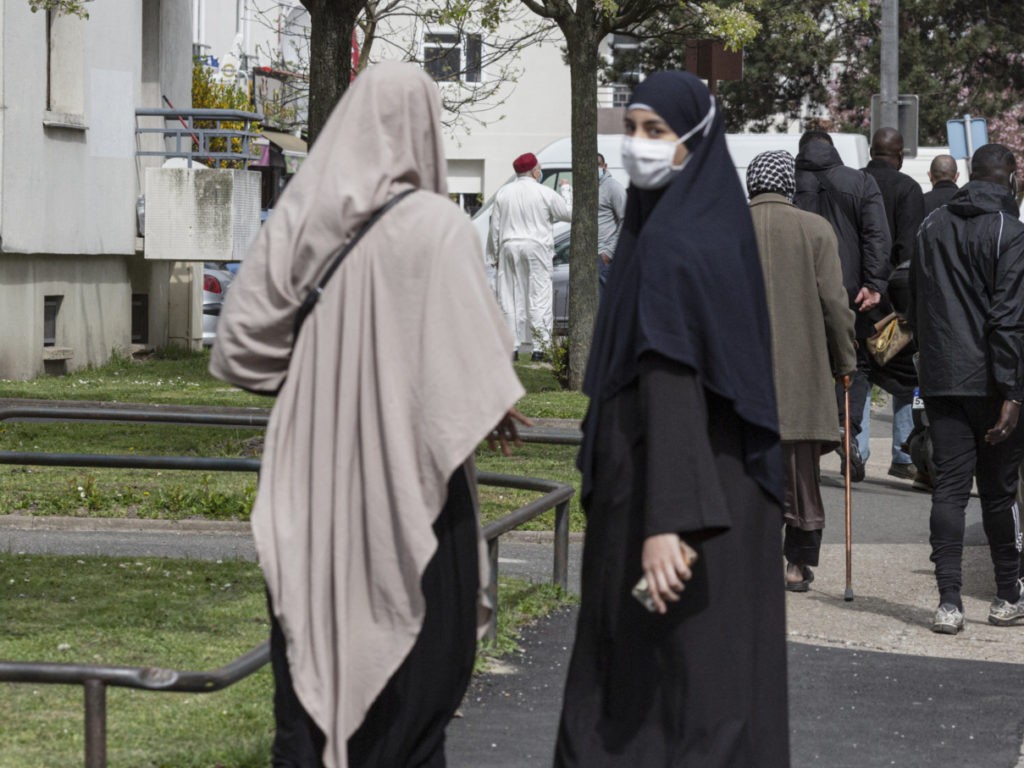 Muslims in France voted overwhelmingly for Emmanuel Macron, with 85 per cent of Muslim ballots going towards keeping the French President in power.

85 per cent of votes from Muslims in France during Sunday’s general election went to keeping Emmanuel Macron in power, a poll seen by a French Catholic paper has found.

It stands in stark contrast with the incumbent’s overall vote tally, with the reelected president winning just over 58 per cent of total ballots.

According to a poll conducted on behalf of the Catholic La Croix magazine, around 85 per cent of Muslim voters gave their ballot to Emmanuel Macron as opposed to his populist rival Marine Le Pen.

The “very homogenous” voting pattern from the community is likely down to Le Pen’s hardline approach to radical Islamism, with the Rassemblement National candidate vowing to ban the wearing of the Islamic veil in public should she have reached the Élysée.

Most of these votes had been transferred from eliminated far-left candidate Jean-Luc Mélenchon, who himself received 69 per cent of the Muslim vote in the first round of the election earlier in the month.

In a combative concession speech, Marine Le Pen claimed a moral victory, insisting that “when we look at tonight’s election, we can see that we have nevertheless been victorious.”

While the “homogenous” description certainly fits the Muslim vote in France on Sunday, it must be noted that the vote was not as homogenous as it was in 2017.

During Emmanuel Macron’s first election for the presidency, he won an eye-watering 92 per cent of the Muslim vote, with this year’s result marking a 7 point decline in Muslim electoral support for the President.

In this aspect, the Muslim vote is all too similar to that of the general population in France, with Macron seeing around a seven-point drop over his 2017 result, likely a result of the fact that the last five years for Macron have been riddled with controversy.

Such frequent controversy was apparently not enough for the voters to put Le Pen in office though, and while the populist veteran did manage to achieve a record result for her faction of French politics, her efforts nevertheless have resulted in a loss that may see the French right once again wander the political desert for another five years at least.

One person who seems keen on avoiding this Mosesian fate however is right-wing pundit and former presidential candidate Eric Zemmour, who has appealed for the creation of a united populist front in the hopes of winning big in France’s upcoming general election.

However, those in Le Pen’s Rassemblement National camp have rejected the call, saying that there was little to no chance of an alliance with Zemmour or his associates at this stage.

“He has to deflate his head, which is huge, and stop insulting people,” said one senior RN member. “I think he should just be more modest, more humble.”

“I don’t see how we could make an alliance in good and due form with Reconquête today,” he went on to say.